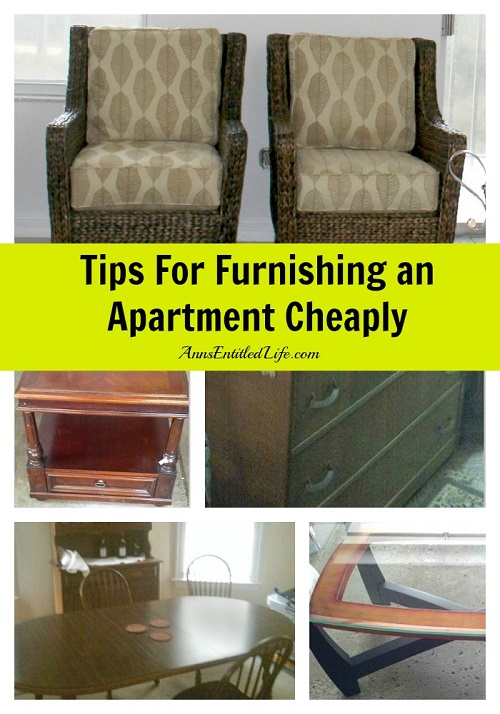 ● Contacted friends and family members for cast-offs. He was offered a sofa from my grandfather, a kitchen table from my mother, but ultimately his big score was the two-year-old sofa and loveseat my brother decided he didn’t care for! Hubby gave Sonny-boy his old bed frame from his bachelor days, and we told him to take his mattress and box springs. Asking for cast-offs is the cheapest way to furnish your apartment.

● Consignment stores. Sonny-boy had a lot of luck locating heavy, decently constructed pieces at local consignment stores. He was resigned to having to refinish or paint if necessary, but most of what he ended up purchasing needed little touch-up. 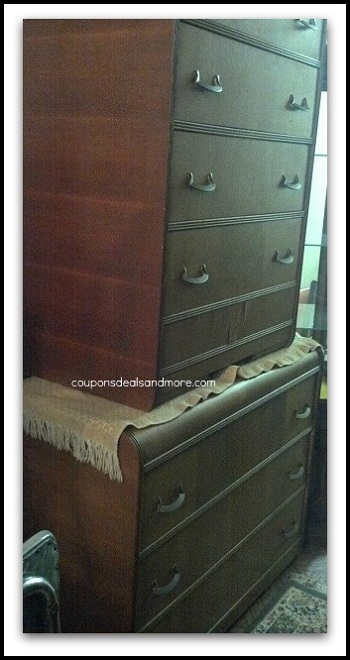 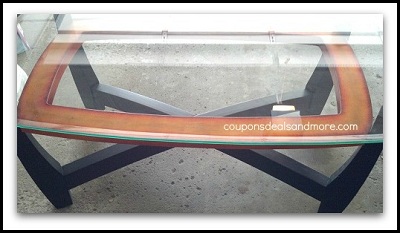 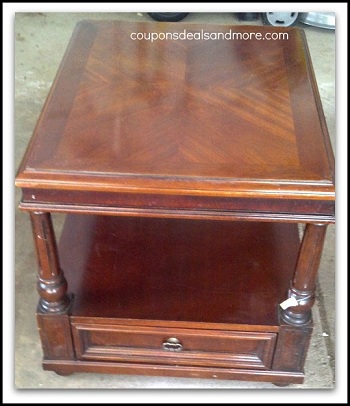 ● Habitat For Humanity Restore. Habitat For Humanity takes furniture, old doors, windows, toilets, sinks, etc donations. Sometimes you can really “find” some great stuff! Hubby and I found our (new in box) outdoor lights at Habitat For Humanity years ago, and then saw the exact same lighting at the Great Indoors later that same year for over three times the price we paid at Restore! Some of the donations are remainders from big-box and hardware stores, as well as from housing reconstruction and general donations from everyday people. 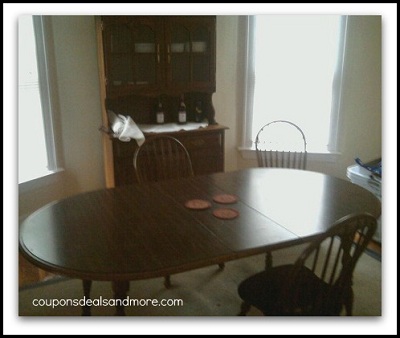 ● Goodwill, Salvation Army, Amvets. We didn’t have much luck at any of these places in our area. There was little furniture, and what was available was more expensive than the consignment stores and of lesser quality. YMMV of course!

● Yard Sales. We did not go this route, but it can be a great source of used furniture.

● Estate Sales. Depending on the family and who is running the sale, these can either be a terrific sources of bargains, or too expensive to consider.