Publix had Pepperidge Farm layer cakes on sale B1G1, so Hubby brought two home last week. Deciding that I desperately needed a sugar rush (and Hubby was out of chocolate!!!), I pulled one out of the freezer to defrost.

He didn’t say a word, so a few minutes later I got up and went into the kitchen to look at that Pepperidge Farm layer cake myself – you know, just to see how it was coming along. When I went to look at it, Hubby had pulled an Ann and taken an entire side of the cake for the frosting!!

So I went in and skimmed the other sides. I am pretty good at doing this without getting more than a touch of cake in the process. Success! For me, Pepperidge Farm layer cakes are alllllll about the frosting.

So Hubby comes back in, sees I have relieved the cake of three sides of frosting, so what does he do? 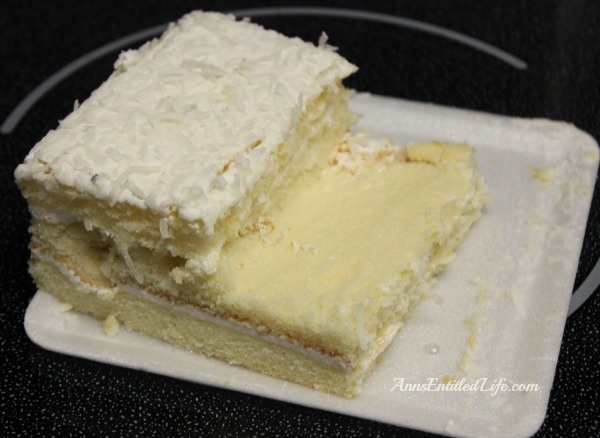 *sniff* The student has become the master. That’s one even I had never thought to do!