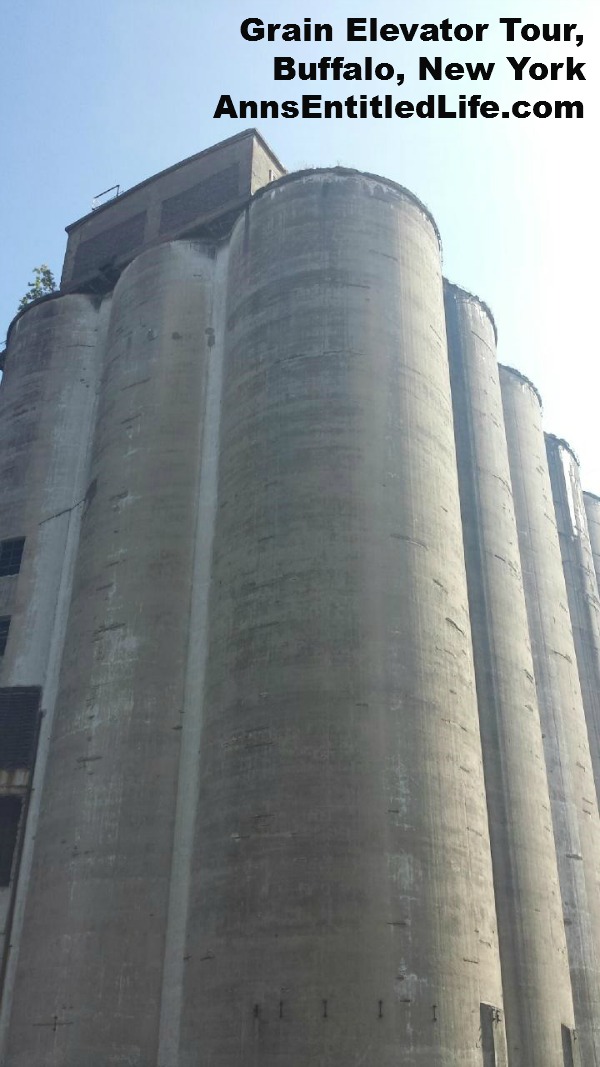 Take a cruise through history and join us for a 90-minute narrated Buffalo River History Tour! Hear the story of the Erie Canal, Buffalo’s history as the largest grain port in the world and experience the nation’s largest collection of standing grain elevators from just a few feet away. Come travel along the waterway that made Buffalo one of the biggest and richest cities in the world. 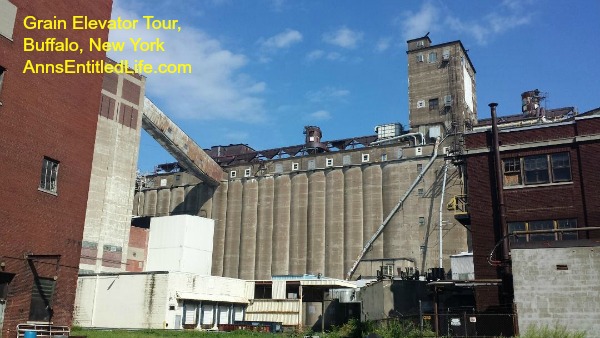 So states the blurb from Buffalo River History Tours, a river tour of various site in and around downtown Buffalo and the harbor. The tripadvisor reviews are stellar.

My niece, her boyfriend, my brother, and his girlfriend, all went on the Grain Elevator Tour over Labor Day weekend.

The photographs are courtesy of my brother, and the article below was written by my niece, Stefani: 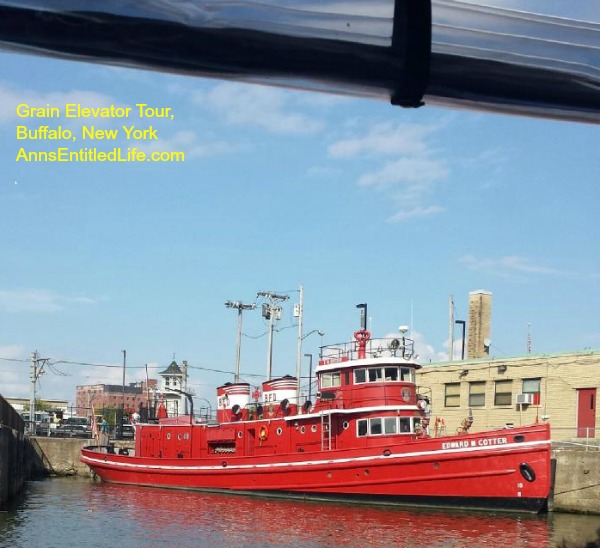 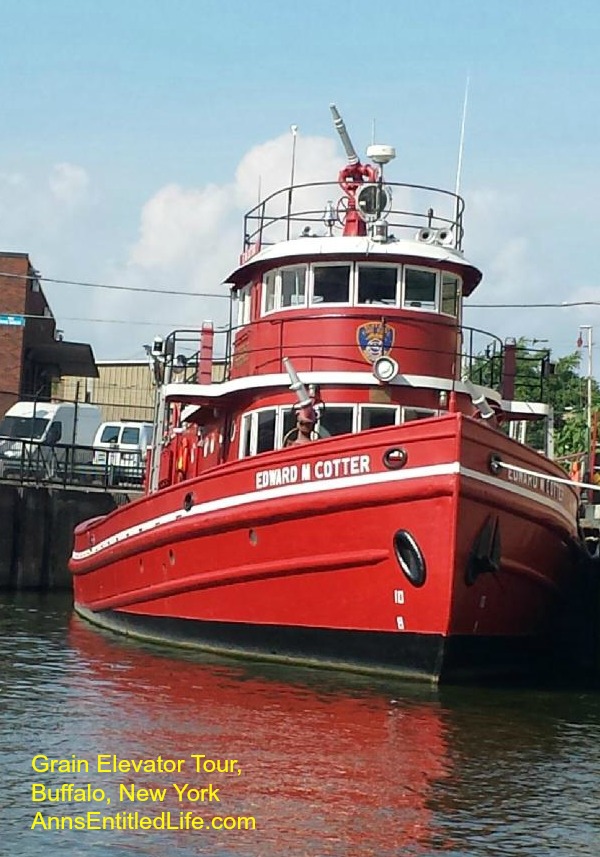 My SO is a huge fan of Buffalo, so when he heard about the Buffalo River History Tours, of course he wanted to go. There’s a 90-minute water tour or a 2-hour tour that includes a water tour and a walking tour in the grain elevators. I’m a fan of architecture and history so I was excited to be on the Grain Elevator Tour, which is conveniently offered every day of the week at 2:30pm. Tickets are $27 per person.

The tour starts off at Canalside with Captain Rick and Skipper Dave. They lead the pontoon boat out of the commercial slip, sound the horn, and off we go! 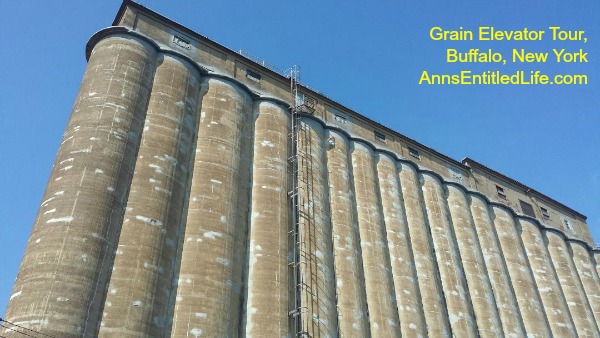 Skipper Dave is very knowledgeable and gives the history of the Erie Canal and the roll it played in Buffalo become one of the world’s biggest ports in the early 19th century. Each and every building we pass has a history and a plan for the future according to Skipper Dave. 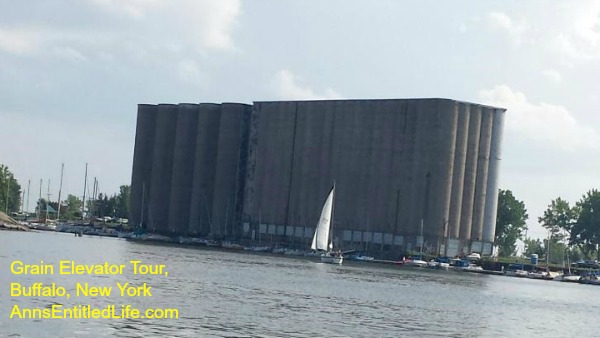 As we pass under the Ohio Street Bridge (completed in 1962, the machinery to move the cables attached to the counterweights of the bridge is located at the top of towers at either end, and have metal coverings) the grain silos are almost close enough to touch. We were almost to the walking part of the tour! 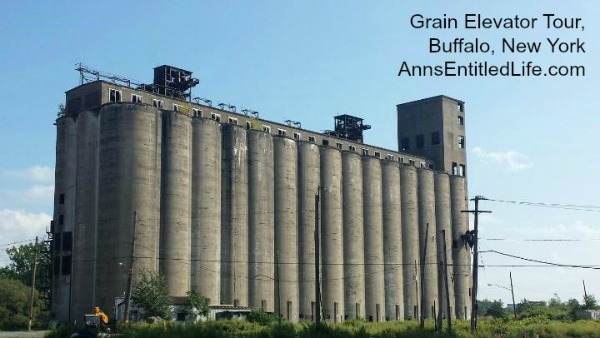 We dock next to the old Perot grain elevators (you will learn more about him and his arch-rival from Skipper Dave) and walk up to the silos where we are split into two groups as many of the rooms are too small to accommodate 50 people at one time. 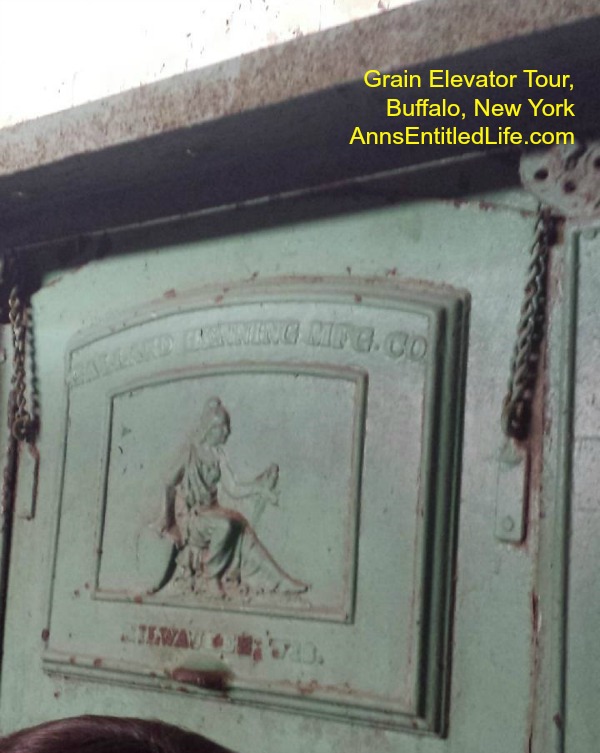 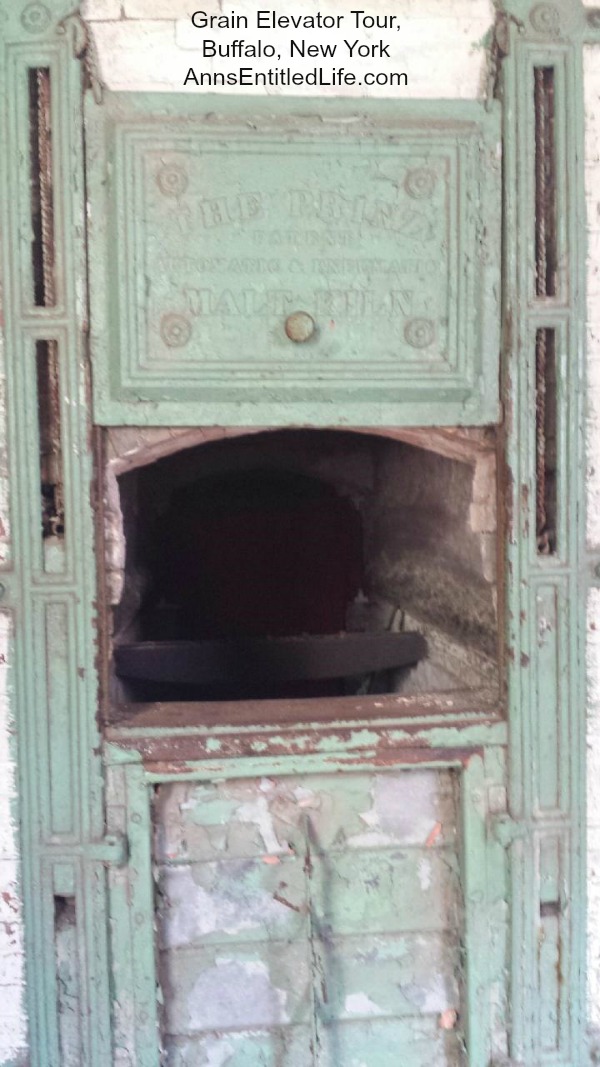 Our group gets Captain Rick, and it is evident that he has an extreme appreciation for the history of the grain industry in Buffalo, from the ships that carried the grain, to the molded cast iron doors in the boiler room. 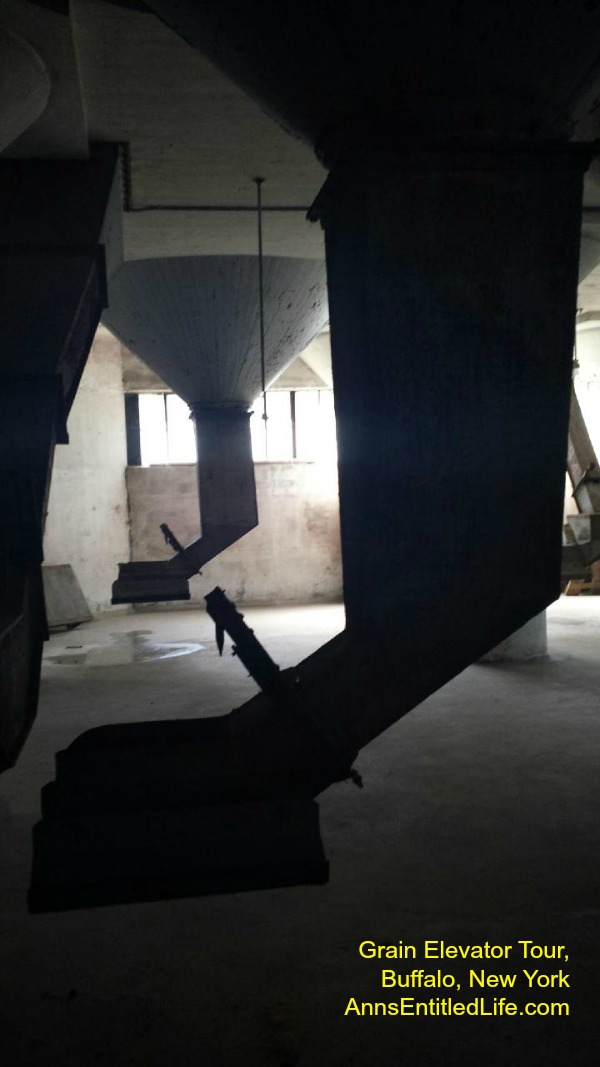 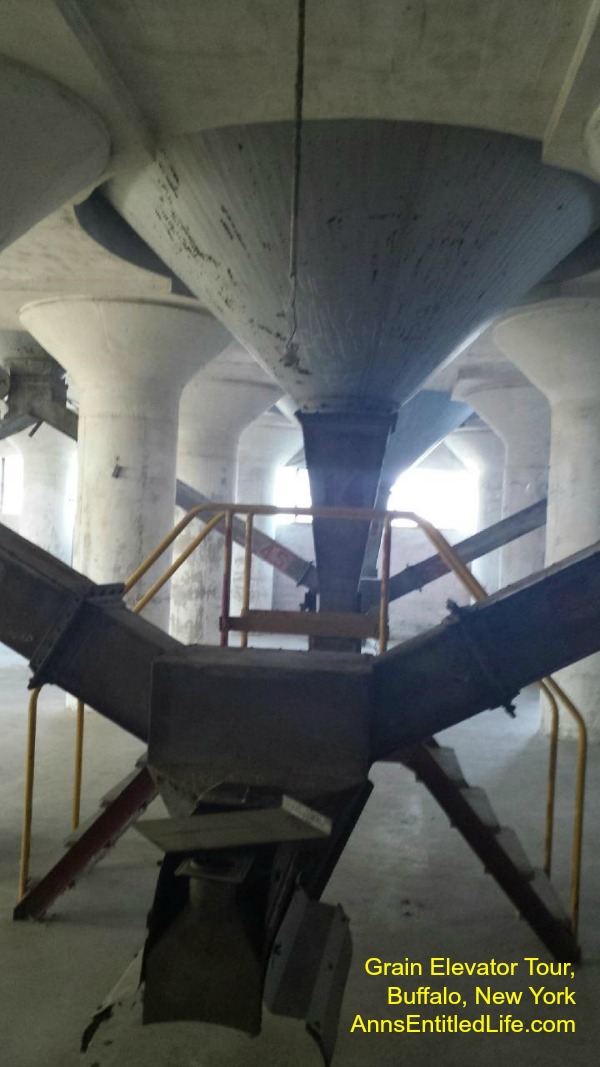 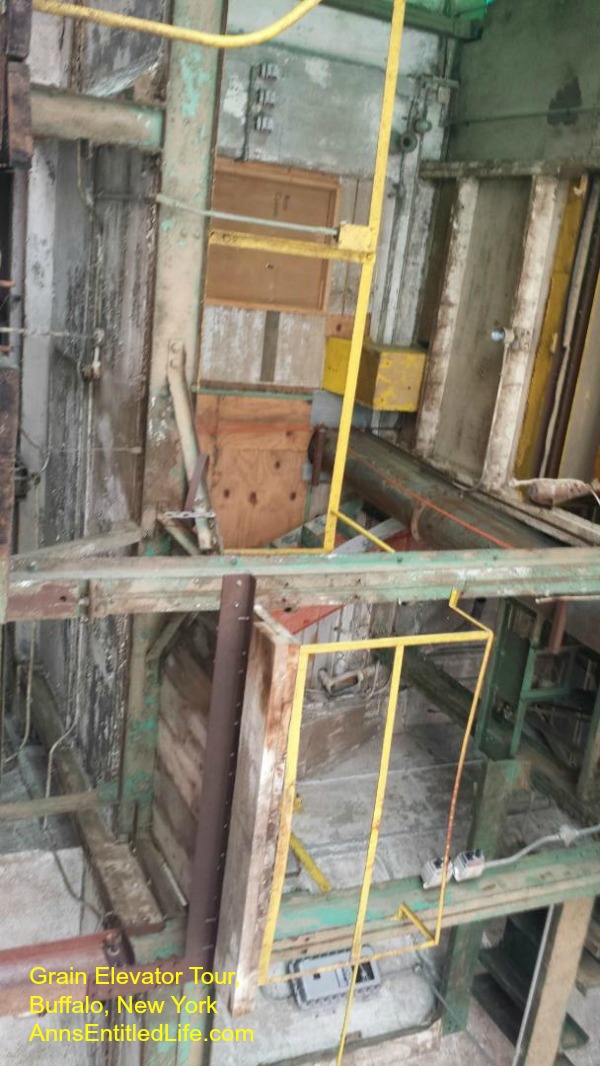 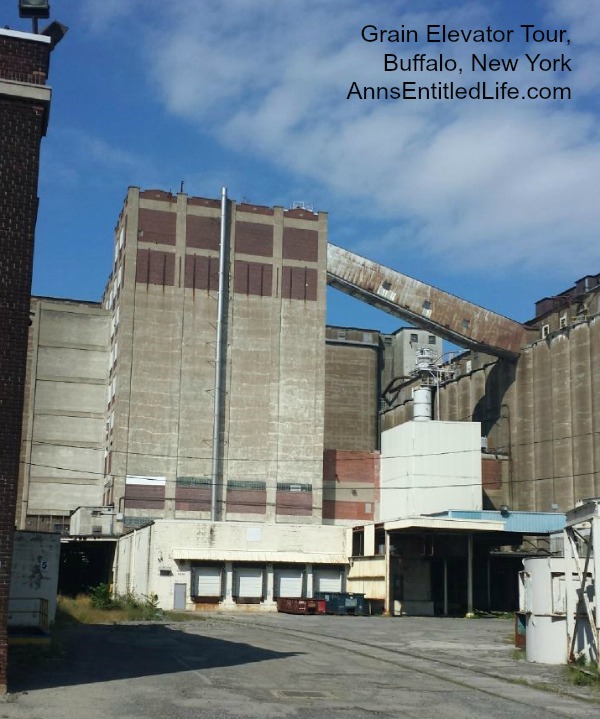 We were able to go into three of the buildings, learn about the process of turning barley into malt, walk amongst the bottoms of the 120-foot-tall silos, and we were allowed to take as many pictures/videos as we wanted! 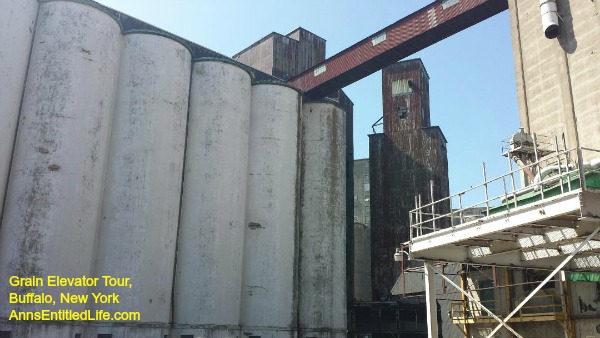 Our two groups meet back at the boat, where we are able to purchase beverages (including some alcohol) and hear some more interesting historical facts from Skipper Dave, on our ride back to the Slip. 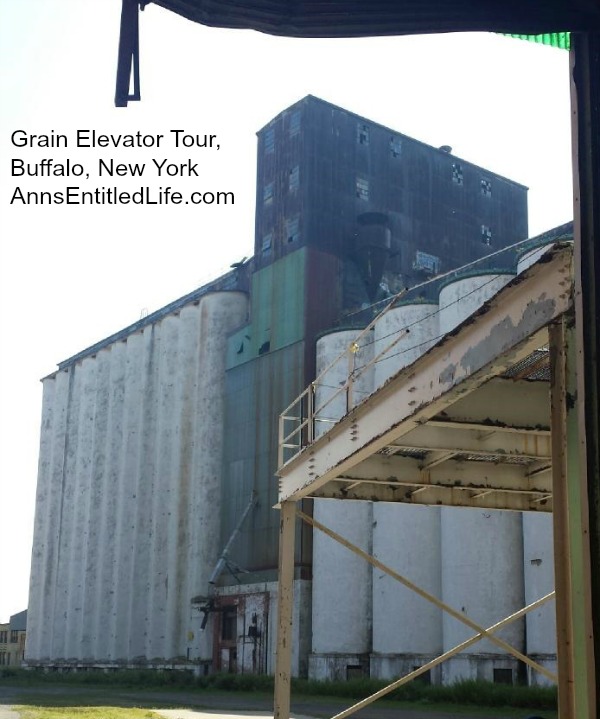 The Grain Elevator Tour is pretty darn awesome, and I have already recommended this tour to my family and friends.

Previous Post: « Too. Much. Stuff. (And our home renovations are complete!)
Next Post: 25 Mouthwatering Pumpkin Dessert Recipes »