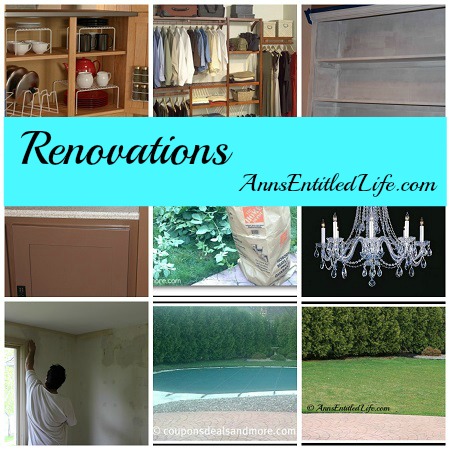 We have finally come to the end of our New York State home renovations! YAY!! That only took two years. Never let it be said we rush things in the Ann’s Entitled Life household. Hubby did nothing with his office built-ins, and I am not expecting him to.

Our final project on the list, was carpeting in Sonny-boys old room. We also decided that, since we are a shoes on household, getting rid of the white Berber that was in the upstairs hallways made a lot of sense. The hallway flows into Sonny-boy’s old room. We also decided to recarpet the cedar closet (also off the hallway), and the hallway linen closet. The downstairs coat closet also had carpeting, so for the sake of constancy, we had that replaced too.

We had a real case of paralysis in choosing this carpet. Hubby and I actually went over to the carpet store last year, picked out a few styles and colors, got the swatches in the mail, and then couldn’t make up our minds. We knew we’d have to wait for the banister to be completed, so we figured when we got back from Florida, it would be decision time.

Our decision earned a reprieve as the completion of the staircase banister was delayed for several months. But, once that banister was completed, we knew it was time to choose.

And, at that point, Hubby abdicated the decision making process completely.

So now I was stuck. It was me, me, all me; I was to get the credit for a carpet well chosen, or the blame for a monstrosity that did not fit with our home decor, or our lifestyle.

I looked at the carpet store website again and discovered they had an in-home consultation service. So, I emailed to schedule a consultation figuring they’d have more styles and/or opinion on what would work for us, and waited for a call to set up an appointment.

Finally a month later, after Max’s illness was diagnosed and we were back on an even keel, I gave the carpet place a call to see when they could schedule a house call.

Apologizing profusely for the delay (I think the web-fairies pixelated my email), I had an appointment the following week. I ended up choosing one of our original four choices after the stainmaster process was explained (they don’t spray it on top, they process the nylon with it and then make the carpet), and the consultant let me know he loved choices A and B and had seen them installed many times.

While I didn’t really want to be part of a carpet-pack, I did like the swatches I had originally chosen last years, and I went for choice A!

After all that delay, the carpet was installed a mere three weeks later. We got the call just 10 days after placing our order to set up an installation date. Since Hubby was removing the old carpet so he could screw down the loose floorboards at the joists to try and take care of the squeaks in the floor, I knew he needed a little bit of lead time. I gave him 10 days.

So what did he do? He of course waited until the day before carpet-install to screw everything down in that hallway floor. Grrrr

I emptied out the closets upstairs immediately after scheduling the appointment. I also emptied out Sonny-boy’s room, although Hubby didn’t need to do anything there: he had removed the carpet and screwed down those floorboards last year.

The downstairs coat closet I needed some help with emptying, but did most of that alone. I left the two heavy pieces for Hubby.

Well, like any really good procrastinator, Hubby works well under pressure, and he had the carpet removed, the squeaks fixed, and the carpet shim installed (from the top of the stair down as a transition in height), approximately 12 hours before the carpeting was due to be installed.

When the carpet installation guys called to say they would be over at 1pm, I am sure I heard Hubby lament that he could have put off doing that work until Friday morning. I swear that man wants to see how much he can push me before my head spins around and I spew green pea soup!

The carpet guys had the 4 closets (one in Sonny boy’s room too), the hall, and Sonny-boy’s room carpeted in approximately 4 hours. 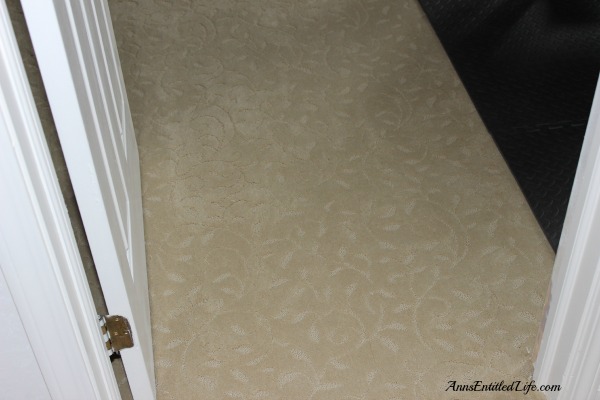 The results are beautiful!

I have written before about what a giant packrat Hubby is… if he thinks there might be a use for something in the future, he’s reluctant to part with an object regardless of how ridiculous said object is. Our sewer problem helped clean a LOT of his crap out of the basement, and, after I got huffy, led to the garage being shoveled out too!

But, it turns out other parts of our home were also packed, and I couldn’t blame it all on Hubby (no matter how hard I tried).

Now it was time for us to put away all the crap I had hauled out of those closets.

The upstairs hall linen closet wasn’t bad at all. I had purged a while back, so I removed and replaced nothing.

The cedar closet was just disorganized. I returned everything, yet for some reason it now seems empty!

Sonny-boy’s old closet has Hubby’s hunting clothing. All in one spot. He had to haul up several loads from the downstairs coat closet, but now everything is all in one place, including waders and boots.

I then spread out the furniture that had been crammed into my office and the spare bedroom into the appropriate rooms where each piece belonged. We also took the elliptical from our bedroom (that had become more Hubby’s clothes hanger than my exercise machine), and Hubby’s recumbent bike from my office (that I don’t think he has ever used! Sonny-boy used it the most. Would it shock you to learn the LED battery is dead!?) and relocated both pieces to Sonny-boy’s old room.

One bag of clothing to GoodWill from the spare room pile later (that place really had become a dumping ground this past year!), and the upstairs if wonderfully clean, neat, and more importantly: finished!!

The cost closet downstairs!? That was another story.

It never ceases to amaze me how much junk we can collect. And stuff into a small space. That coat closet is only 5′ x 5′, but my goodness did it have “stuff” in it! All my camera equipment, an old broken wine cooler, six boxes packed for the condo, the dining room table leaves; you name it and it was probably stuffed somewhere in that closet!

I emptied everything out into the dining room only to discover how many of the things in that closet were Hubby’s. Oh sure, he was thrilled to find a set of reference books I had ordered in 2008 but never took out of the packaging, but for the most part, the stuff that didn’t belong in that closet, belonged to Hubby, Florida, or the donation pile. 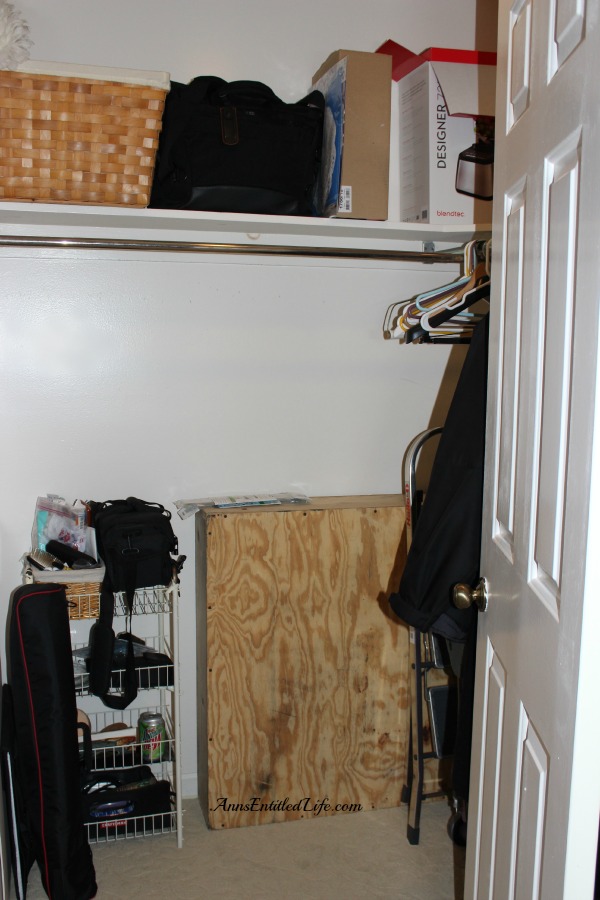 Hubby and I spent longer going through the stuff tucked away in that coat closet than setting the entire upstairs to rights! To say we have too much stuff, is an understatement. After all the renovations of the past two years, I do think we’ve gotten a better handle on what we have, what we don’t (and never will) need, purging, sorting and donating. I think both of us could spend some time going through our clothes (Hubby more than me – I have one small closet and two dressers full, he has 4 closets full of clothing!) and donating what we no longer wear. Both of us could also spend some time shoveling out our offices, both of which look like paper-bombs went off inside them!

As we conclude two years of renovations in our New York State home, I only wish I could say this was the end of our renovation projects. Up next: Florida bathrooms and kitchen cupboards!

I swear we aren’t happy lately unless we are living in a mess.