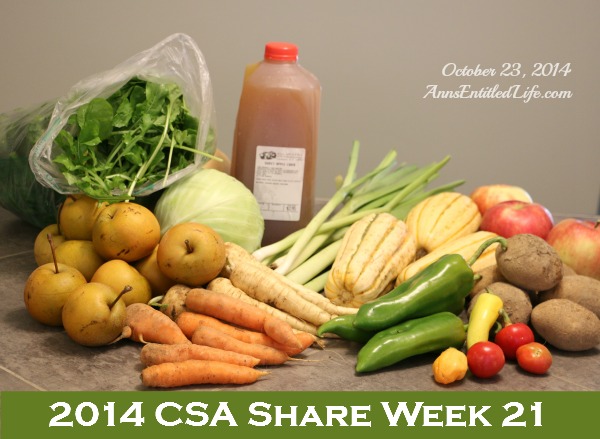 Well, after complaining all year about little things with this CSA, and getting the renewal notice last week, it was time to do some research to decide if I could get over what I disliked this year, or move on. After a pretty extensive search, we found a few that were quite local.

Now that new, close place would also have been bagged. That would have been a perk. And the eggs… definitely a perk. But working with what was offered on what day of the week, cost, and upick options, we decided to stick with our current CSA. While not Porter Farms cheap (what CSA is!?), it apparently is not that expensive either. The pick-up day really works for us. I am hoping the extra, earlier, hour of pick-up time alleviates the congestion and one of my biggest peeves about the CSA this year.

We “locked in” at the 2014 prices, and I dropped off a $735 check yesterday. The $180 for the fruit share was soooooo worth the expense that there was no way we were not buying that. I contemplated half a share (at about 35% less money), but Hubby should be home more next year, and cooking more regularly.

Next week is the last week for our 2014 CSA share. Hubby and I froze a lot of vegetables this year! I hope they will see us through until we leave for Florida in late December or early January.

On to this week’s share… The cider we received had a price tag on it from Hall Apple Farm which is pretty close to where we live (they said it was Springer Farms which would have made sense, but that wasn’t what the sticker said). And Hall Apple Farm has a store. That sells chocolate!! And baked goods!!! Guess where Hubby and I are going to check out this weekend or next?