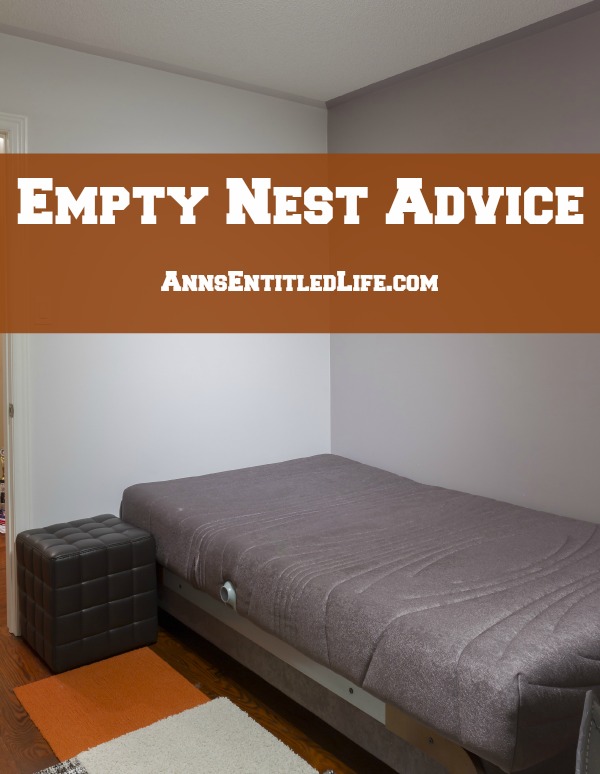 Is your son or daughter off to college in a few weeks? Will you be throwing a party? Or crying real tears as they leave home for what is probably (hopefully!), for good?

Sonny-boy did the slow, slow, sssslllloooowwww route to a college degree. His first foray into the world of college education was to the local community college down the road. He took 2.5 years to get his 2-year associates degree.

After that, his dream was to go “away” to some college, and he decided that would be Arizona State. So, he packed up and went to Arizona for several months, before applying to the school. I’m still not certain if he was in the “get out of Buffalo” phase or truly wanted that school. Not very long after leaving for Arizona, he decided that Arizona wasn’t for him, and applied to a few colleges in New York.

He ended up going “away” to a college approximately an hour from our house. He would come home once a month or so, mainly to stock up on supplies for the frat house. Occasionally, it was to dump off 6 week’s worth of laundry while he went out with his friends in the area.

He ended up going to school at that semi-local-college for 3 years working on his degree(S). He lived in the dorms his first year and then moved to the frat house. At some point, he decided that he was taking so many overlapping course classes, he’d stay and get a dual degree. This cost him an extra semester in college, but it also made him decide he wanted nothing to do with being an attorney. Since the current hire-rate from top tier law schools (which he was never going to go to) hovered at about 50% at the time, I wasn’t disappointed that he put that dream aside.

Sensing he was growing weary of school, Sonny-boy decided to fast-track his master’s degree. He finished in 18 months and went on a job search.

He did land a job within 5 weeks of graduating (at a living wage with fantastic benefits). His hope now is to work for several years and then go back for his MBA. Hubby thinks he should look to an MBA program with an entrepreneurial track. Sonny-boy is undecided. Whatever it is, this time Sonny-boy pays for it. He ended college with no student loan debt and recognizes he is one of the lucky-ones. Hubby had him take out two loans that he (Sonny-boy) would pay back if he didn’t graduate. If he did graduate, we would pay them back. Which we did. If he goes for his MBA, he knows he needed about $50K plus living expenses to get out debt free. I think it will take him more than two years to save, but who knows. He’s definitely living cheap at the moment with two room-mates, and no steady girlfriend (“Girls are expensive, Mom!”)

Update 2019: Sonny-boy worked for two years, got promoted a number of times and applied to a Top 40 MBA school. His undergrad grades were marginal, but they did take into consideration at interview his grades for his first master’s degree. He graduated at the top of his class with that first master’s.

After he received his MBA he went to work for a major bank where he worked for a year. He then moved on to another major bank in his “dream job”.

And me? I need to resign myself to not getting grandchildren for at least five more years.

Sonny-boy did what was best for him and his maturity level – which in an odd way, showed he was more mature than any of us realized. He was still 17 when he graduated from high school, and he definitely wasn’t ready to go away to college, regardless of how much he wanted to leave town right after graduation. Waiting several years helped him develop a new perspective on where he wanted to live, and what he wanted to pursue in life, including whether he wanted to get a college degree, or learn a trade.

I was adamant about Sonny-boy having a phone we paid for when he left home. I wanted to be able to get a hold of him at any time. Hahahahaha! At the time I forgot that he’d actually have to pick up the phone for me to get a hold of him, but still, he had to have a phone! It helps to set up a call schedule. If you have a daughter, you probably don’t have to worry about this. She’ll call you several times a week to give you all the details of what is going on in her life, at least for the first few years she is away. If you have a son, a text to know he’s alive may be the best you can hope for. Contact helps when your kids are away.

Actually, Hubby and his mom have always done this right. If Hubby is in the country, he calls his mom sometime on Sunday. He’s done this for as long as I’ve known him, and it was already a well-established practice when we met. This helped them both to know that all was well and to keep in contact. When you live 2000 miles away from one another it is easy for the days to slip to weeks and then to months without a word. Setting up a “touch base” day is something I’d encourage all parents whose children are out of the house to do.

College is much more than picking the right school. For many, when your child goes off to college it is your child’s first real step toward independence, debt (Hubby thinks debt is good – makes people responsible citizens when they have something to pay back), new life experiences and more. We as parents have to take a back seat in our child’s decision making processes. If we are lucky, we are consulted or informed of those decisions, but we can no longer choose a path for our children lives. We just have to hope our kids choose wisely based on all they were taught at home.

Don’t be afraid to let your child fail. I honestly believe we learn more from screwing up than from having everything go as laid out according to plan. That is not to say planning isn’t good – it is! But life is a road with many paths, and your child’s choices may not be your choices, but that doesn’t make them bad decisions.

While you may be sad your child is leaving home (or dreaming of turning their bedroom into a sewing room), remember that change is part of life – for you and for them. You don’t really want your progeny living in your basement at 35. When they bring in the spouse and kids, that makes for tight living quarters. I honestly can’t give advice on how to cope with your child leaving home as I wasn’t all that sad when Sonny-boy left. Oh don’t get me wrong, I was always happy when he came home to visit, and I did miss him when he was gone (at least initially). But then he’d do something to aggravate me no more than 15 minutes in the door (usually unload the stink-o laundry and tell me “Don’t worry Mom, I’ll do it!” as he made arrangement to meet friends in an hour), and I would mind a little less each time when he left to go back to school.

I thought of college as baby steps toward his leaving for good. He’d come back just often enough that not only did I eventually no longer miss him when he left, he started to disrupt my life by coming home! At that point, I knew he and I were on our way to a healthy parent-adult-child relationship.

It has been many years since Sonny-boy graduated from high school. There have been good times and bad times since. He hasn’t always, in my opinion, made the “correct” decision in dealing with school or work, and by extension his life, but he hasn’t made many “wrong” decisions either. He’s made life-decisions. And for good or for ill, they are shaping who he is as a person. That was what college did for him; helped shape his life. For good or for bad.

If you suffer from empty nest syndrome, there are support groups around the world. I would urge you to reach out to other people who have been in the same place you are currently. Sometimes, talking to someone who has had the same emotions who can offer real support, is the best solution to a problem.