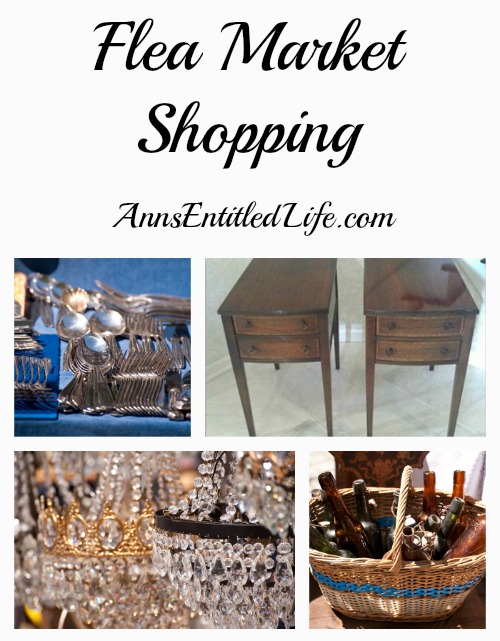 As you all know, Sonny-boy furnished his first apartment after college on the cheap. He relied heavily on area consignment stores for nice case goods, but didn’t have any luck locating usable nightstands.

A while back my brother called. He was at a local Antique and Flea Market, and they had released the fleas! All the flea market storage bays were open and the Antique stores had 20% off sales. My brother was enjoying himself tremendously. I asked him if he had seen any nightstands, and his response of “lots” had hubby and I heading over there after lunch.

Now, I am not a fan of flea markets or even yard sales (unless I am the one holding said yard sale). Individuals tend to price their goods based on what they paid for the product 20 years ago in pristine condition, or based on their emotional attachment to the object. Antique stores and consignment stores have little emotional attachment, and are usually motivated to sell, so they price accordingly.

This flea market was no different from my other flea marker encounters. Items laying in the dirt, stains, dents, and dings and priced at least 40% higher than any consignment store I had looked in recently. I was getting discouraged.

Then hubby and I entered one of the “antique” (boy is that term used loosely) stores and spotted a nightstand that I would have been thrilled to have in my house! Note the “a” nightstand? Yup, only one. That is why the chase for nightstands was difficult for Sonny-boy and it frustrated me when I looked on his behalf. It was always one nightstand! Whatever happened to a pair of nightstands!?

Wandering into the last building I was impressed with both the selection and quality. I spotted these: 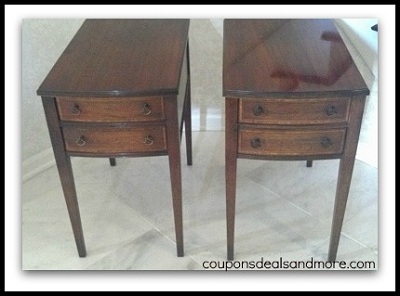 And even though I suspect they are end tables rather than nightstands, I paid the $200 (total) for them figuring if Sonny-boy didn’t want to repurpose them as nightstands, I’d keep them myself!

So once that purchase was made, we were ready to leave. Hubby was grumbling and groaning about the $200 for nightstands that he knew I would gift to Sonny-boy.

As we were walking out, he spotted this door: 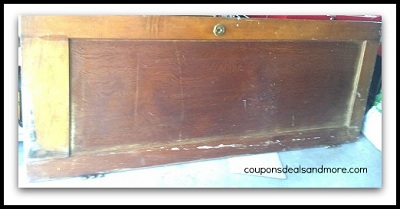 laying on the ground. He had been looking for a few solid doors to replace deeply damaged ones in one of his apartment renovations. He walked over to the flea market bay renter to ask him “how much”.

A few minutes later, hubby came back to me all smiles! The door was free! They were disposing of it, and he could just take it. Oh sure it needed a little TLC, but it is a solid wood door in the style which he was seeking, and he had paid nothing for it.

As we were exiting the flea market he looked at me and said, “I spent $200 and all I got was this door.”

Maybe I should stitch that on a pillow for him?

Do you frequent flea markets? Antique stores? Any great finds?

Note: this post originally appeared on Coupons, Deals and More

Previous Post: « The Goose Is Loose, And I Want To Stick It To Him
Next Post: Ask Hubby! »