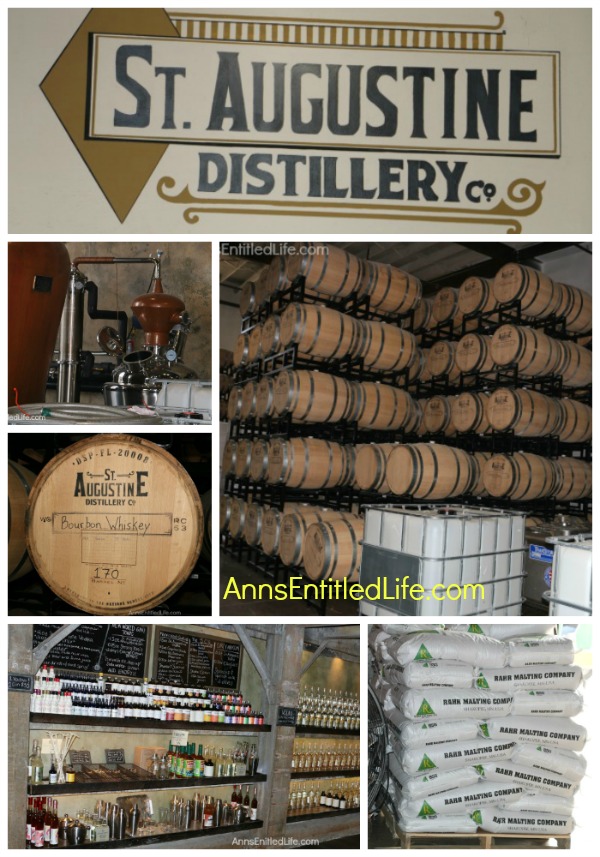 A review of our tour through the St. Augustine Distillery located which is in a historic ice manufacturing plant built in 1917 in St. Augustine, Florida.

Located inside the old FP&L Ice Plant, the St. Augustine Distillery is a small facility with a big dream. Craft distilling is growing in the United States by leaps and bounds! When Hubby and I have toured the Finger Lakes wine region, we have seen more then a few small distilleries. So why not in Florida where local sugar cane grows to make rum (not yet in production), and there are few places craftier in Florida (or more eclectic), than St. Augustine?

You can read the full story of the St. Augustine Distillery here.

Now I am going to be honest with you, I almost didn’t write this up. I was so angry when I left the distillery after a truly wonderful, FREE, tour, that I didn’t feel I could write a reasonable review.

So what happened? Well I am glad you asked… 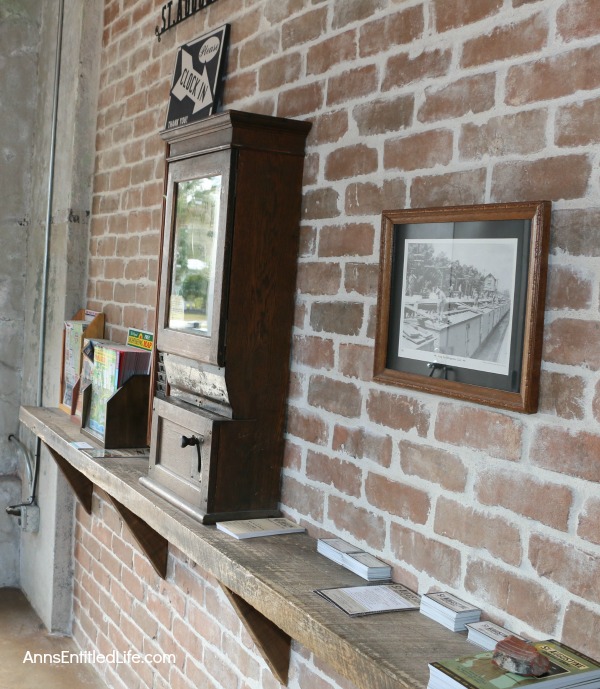 Hubby and I arrived at the St. Augustine Distillery approximately 20 minutes before the next tour. We were greeted by Chris (I think), and given “time cards” and a cute spiel about being employees of the distillery and paid in tastings at the end of our shift. 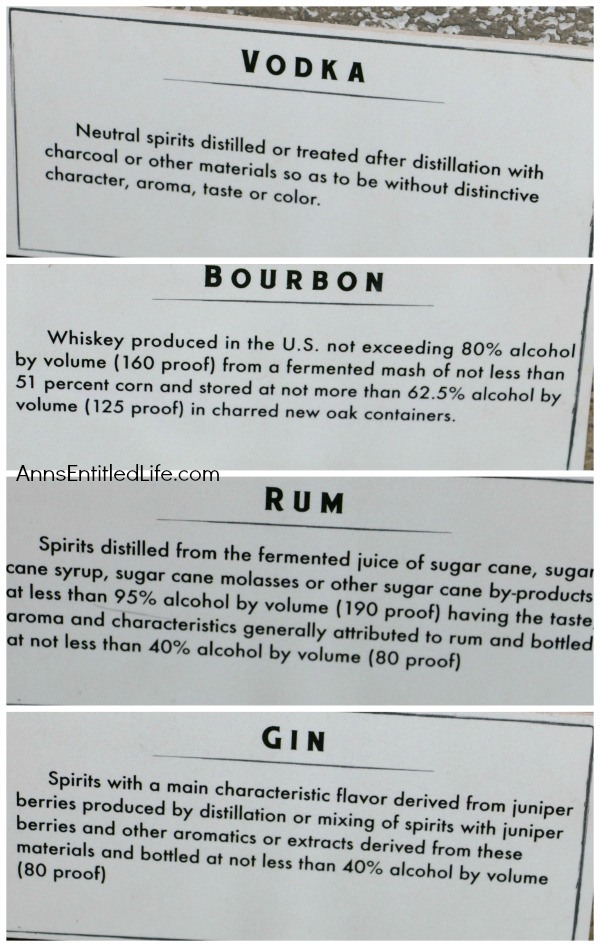 Hubby and I went into the next room, where there was quite a bit of history packed into the place; north Florida farming, the ice house, and the process. 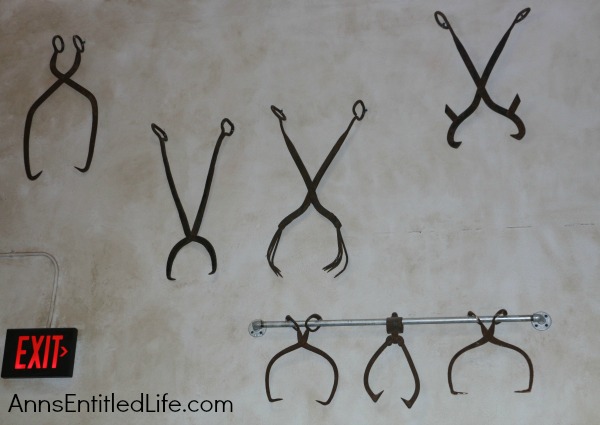 Those are not really objects of torture, but ice tongs hanging above the door. 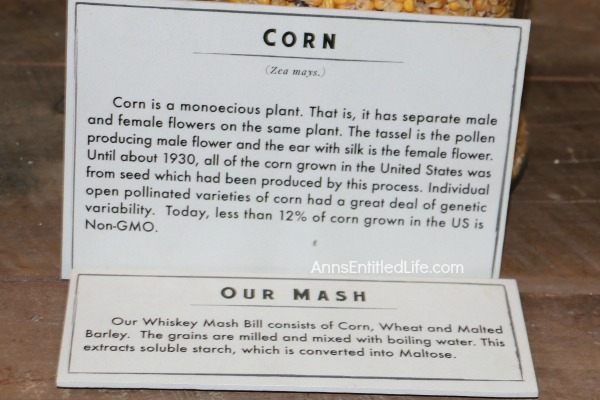 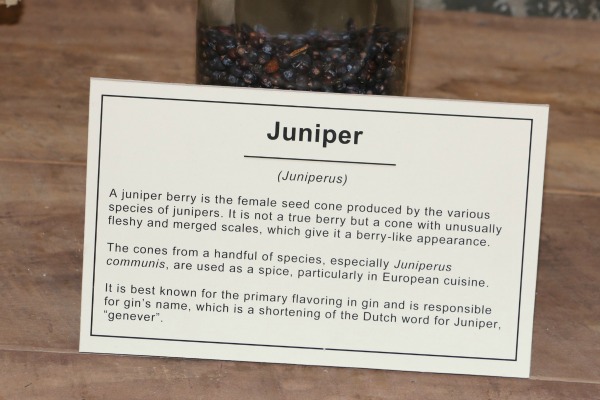 There were descriptions of grains, sugar, flowers and berries. 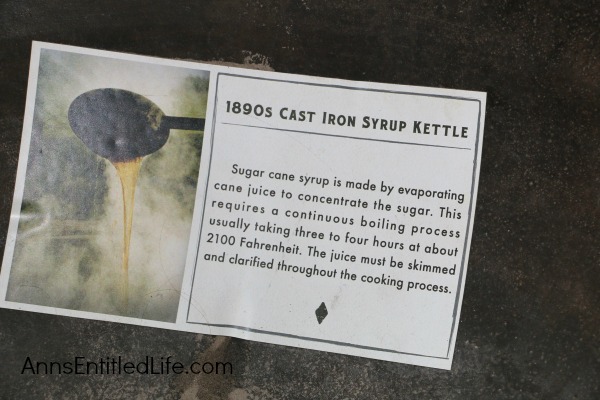 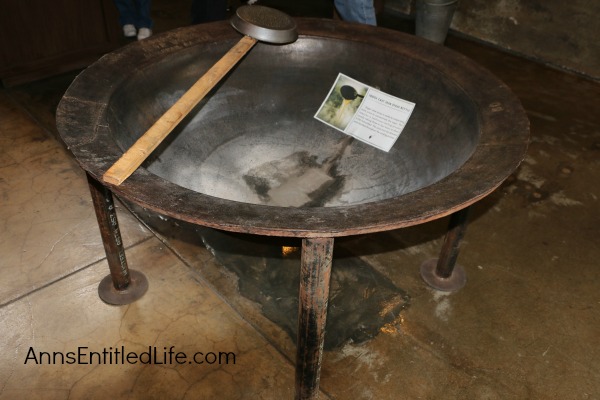 The old processes were on display. 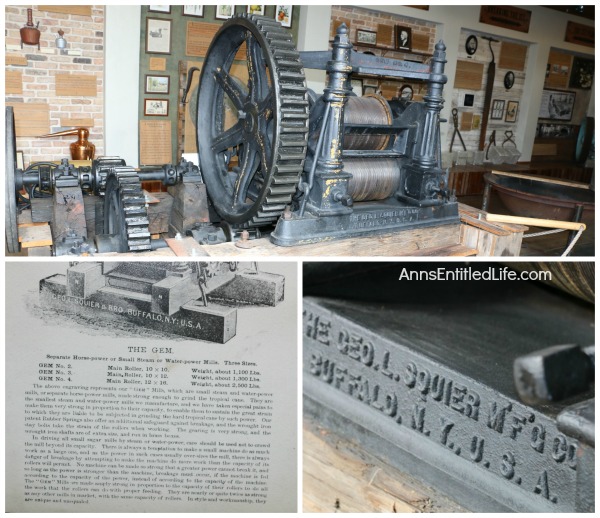 There is always a Buffalo connection! 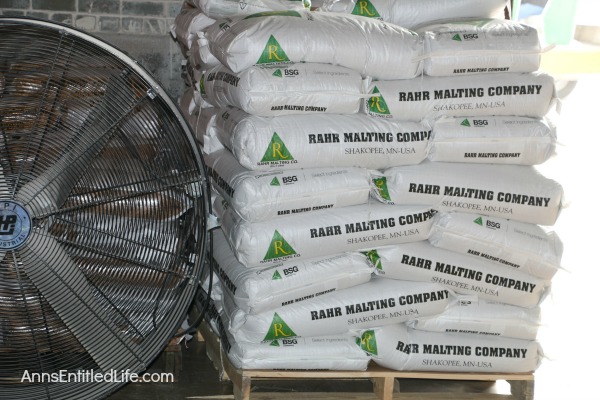 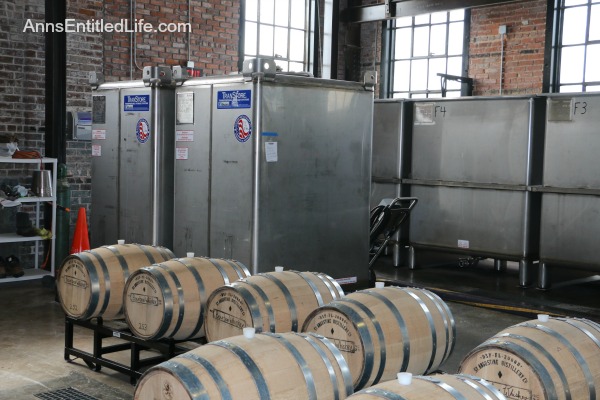 When the tour began, we were ushered into a small theater room for a short documentary on how local this entire distilling process is. We “met” local farmers, the owners and crafters. Very enlightening.

And then it was time to tour the plant! 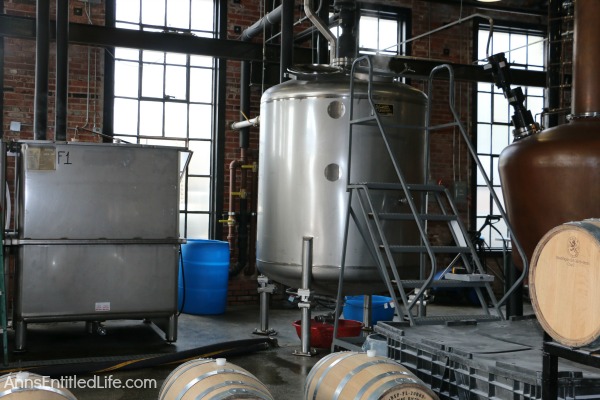 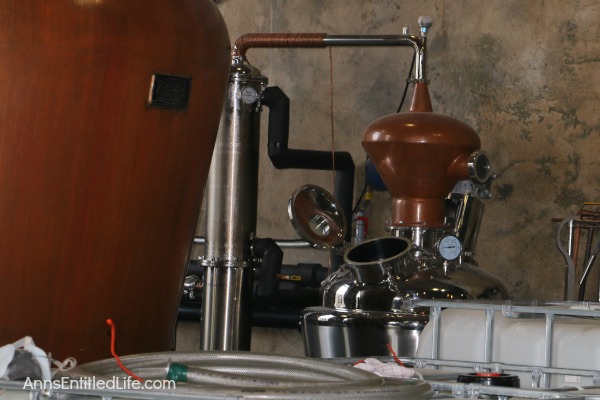 They packed a lot in a small space, and our tour guide was very informative. Right now, the St. Augustine Distillery is making vodka and gin. There are plans for rum. 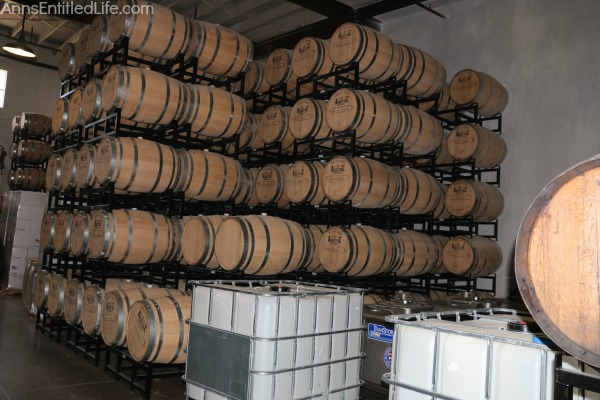 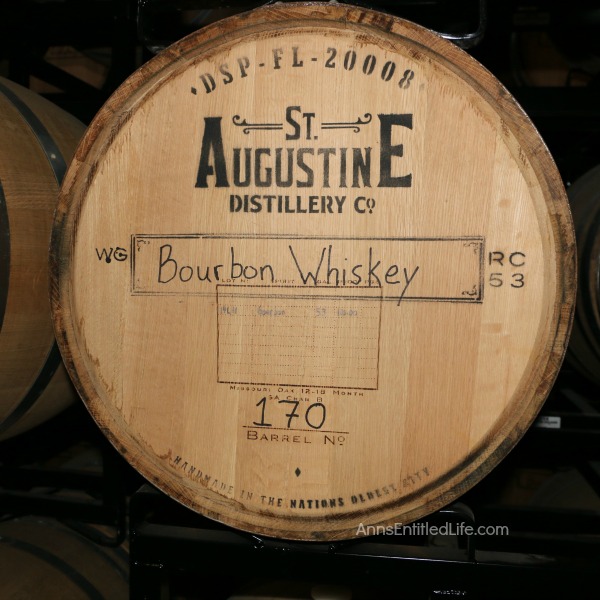 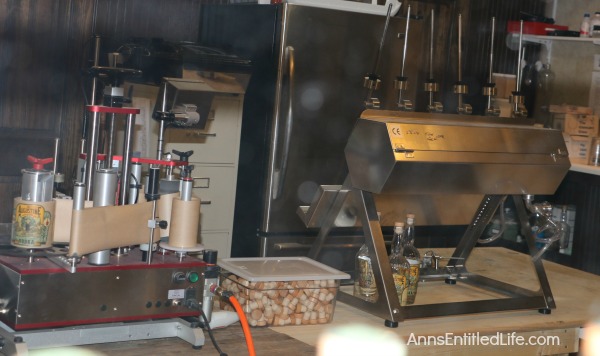 This is where the bottles are hand stoppered. 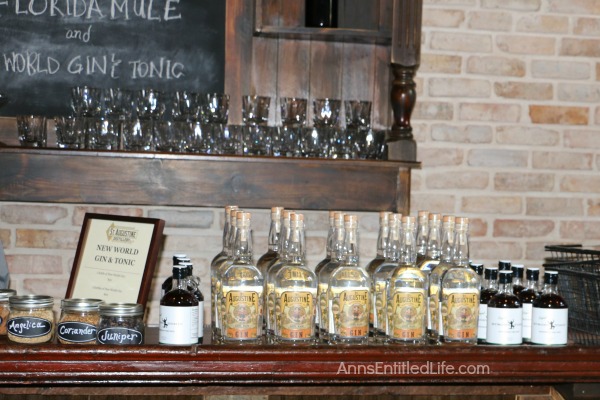 After our tour ended, we were ushered into the tasting room where we were offered small (shot) glasses of gin, vodka, as well as a mixed drink containing each.

In my opinion, the vodka was awful. It was harsh, and smelled a bit like turpentine.

I was not hopeful for the gin. I don’t particularly care for gin to begin with, and after trying the vodka I was apprehensive.

It was all for naught! The gin was delightful. It tasted like a bouquet! My brother and his girlfriend were visiting late last month, and they took the tour (my brother for the second time). They both agreed with my assessment – the vodka was disappointing, the gin a wonderful surprise. 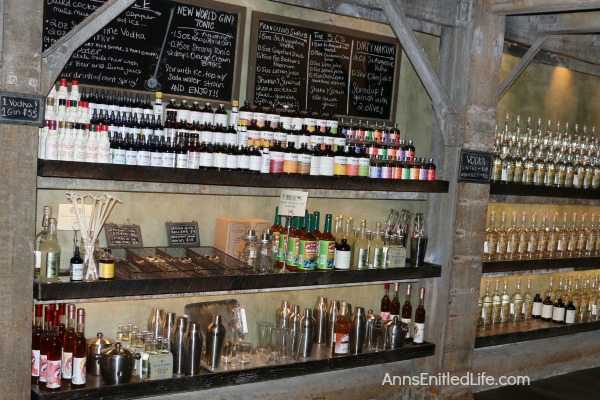 At this point the tour was over, so Hubby and I headed to the store to buy several bottles of gin (one for us, one for my mother). So far so good, right? It was a really great experience, the tour guide was knowledgeable, the free tasting, generous, so what had me so upset?

Hubby and I brought up our two pack of gin, and the cashier says, “I need to scan your license.”

She shrugged, pulled back the package, and Hubby and I walked away.

Now as you all know, I have a son who is 26. I could not pass for under 40, let alone under 30, without a good deal of theatrical make-up. All sorts of nefarious ideas went through our heads as to what in the world the St. Augustine Distillery could possibly want to scan our driver’s license for, and nearly all circled back to selling our names to some marketing list.

Well, it turns out it actually has to do with a Florida law limiting people from buying two bottles (not two of each type of liquor, two total bottles) per calendar year directly from an individual distillery. You can read about it here.

Ok great, so there is a law that forces them to keep track of purchases. Fine. I get that. So why didn’t the cashier tell us this instead of shrugging her shoulders and allowing us to walk out?!? I actually found out from my brother about this law. When he went last year, the clerk checking out the person in front of him in line told that person about the law, and my brother eavesdropped on the conversation. I do fault the St. Augustine Distillery clerk for not telling us this – not that it would have mattered to the sale; we still would not have purchased, but it would have left me with a better perception of the St. Augustine Distillery. Believe me, when I walked out of there my perception was anything but positive. If there was a sign in the store explaining the law, we did not see it. And if there was a sign in the store explaining this law, the clerk did not point it out to us. She truly just shrugged her shoulders and watched us walk out. That is some terrible customer service after a wonderful distillery tour.

So, I highly recommend your taking the St. Augustine Distillery tour. At this writing the tour is free, the tasting is free, and our guide and the tasting room server were wonderful. I do not recommend you buy directly from the St. Augustine Distillery if you care about having your identification in some Florida databank. You truly can go down the road to the ABC liquor and buy the same bottle for a dollar more without anyone tracking your purchases (assuming you pay with cash).