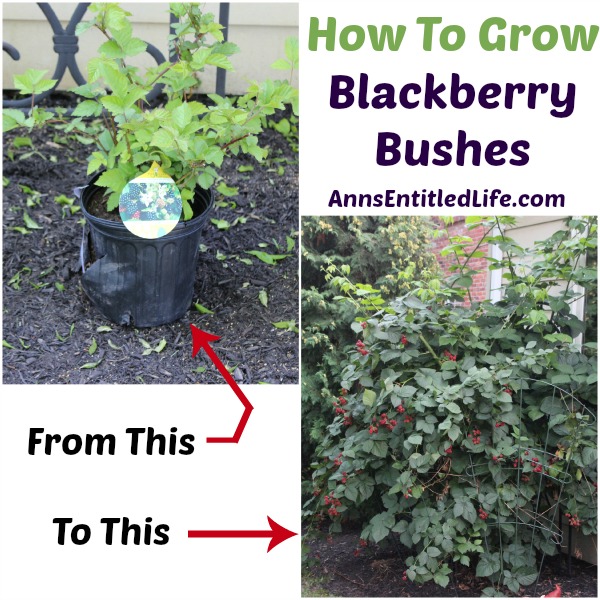 Blackberries are the original “living fence”. Around for over 2000 years, blackberry brambles were allowed to grow to thickets to repel unwanted invaders back in the day (the practice may continue today for all I know!). Blackberries are perennial plants. Botanically it is termed an aggregate fruit – a collection of small fruits from the berry.

Rubus fruticosus L. is the ambiguous name of a European blackberry species in the genus Rubus in the rose family.

Plant in full sun. If you have more than one plant, plant 3-6 feet apart. If you are planting in rows, try and space the rows 5-8 feet apart. You want your sunlight to hit the plants head-on, and you don’t want one plant blocking the rays to the next plant. You want your blackberry bushes to have hours of direct sunlight. 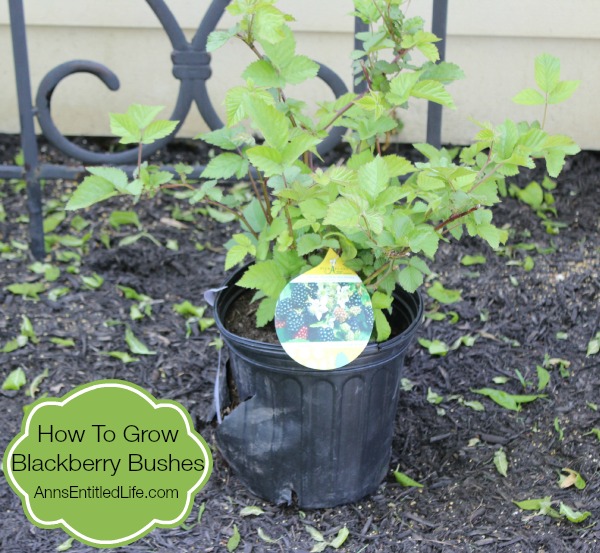 “Plants should be set out in early spring a month or two before the last frost.” While that is the most common recommendation, I don’t do this. I have planted new blackberry bushes when available locally. I put a lot of trust in local nurseries to know when the best time to plant in my area is. While many people start with bare root plants, I do not. I buy a bucket that is already sprouting some leaves. I buy in a bucket that helps with later planting, and I suggest you do the same if you are new to the plant. While you won’t get any fruit the first year from a bucket plant, you will the second year, and you’ll get enough to bake with and eat the third year.

There are many varieties of blackberries, but I highly, highly, highly recommend a thornless plant(s). Unless you want a blackberry bramble and all the shoots and thorns that go with it, buy a thornless blackberry bush variety. Seriously, for best results buy the thornless variety. I actually yanked out my thorned blackberry varieties after never getting much fruit, getting only shoots (great if you want a bramble, not so hot if you don’t), and getting torn up by the thorns anytime we went near that plant. Wasn’t worth it. Bub-bye and on to a new thornless plant. 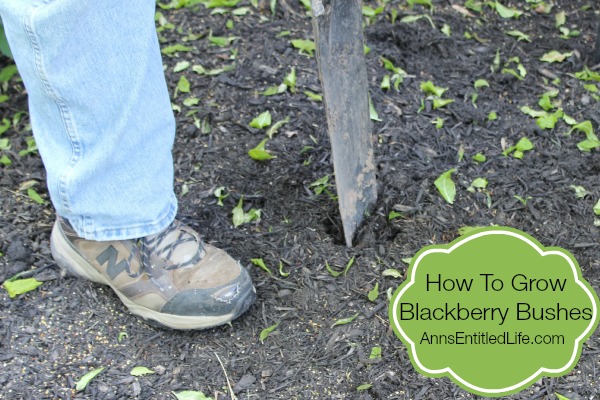 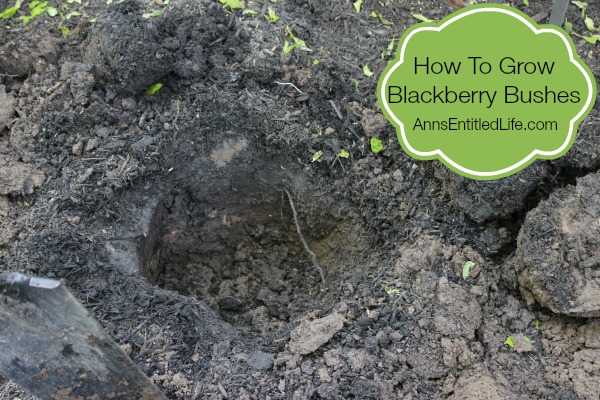 Blackberries should be planted in well-drained soil, about an inch below the bucket they came in. The pH level of the soil should range from 6.0 to 7.0, meaning blackberries like soil that’s acidic or neutral (7 is neutral, below 7 acidic, above 7, alkaline), but not alkaline. Do a soil test to be sure of the pH where you are planting. And don’t forget good drainage! 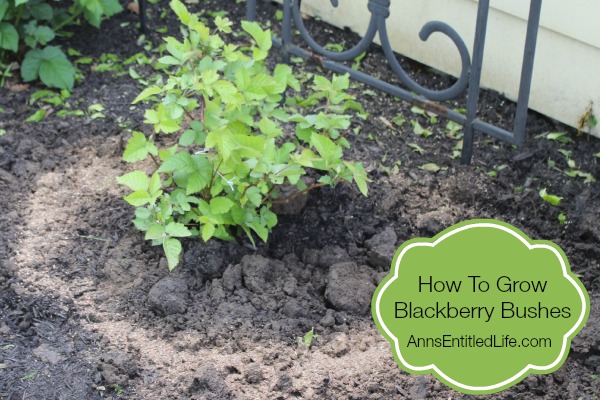 I use holly plant food for my blackberries it is generally great for acidic soil. and plants that are acidic. For the first few years, the fertilizer can be sprinkled around the blackberries in a ring. Once the bushes mature, it is a good idea to spread the fertilizer around evenly at the base of the plant. 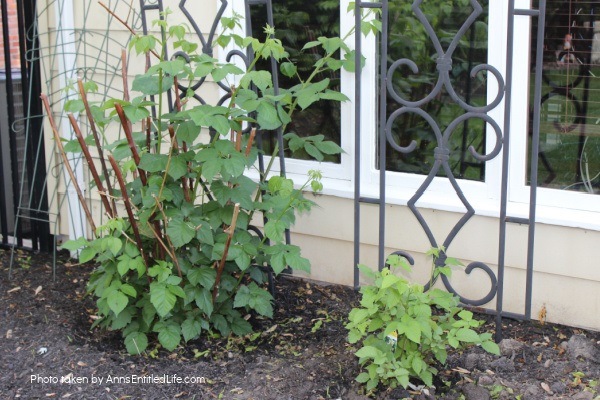 Your new plants will need a steady supply of water to get them established. After the first year, blackberry plants need 1″ to 2″ of water per week while growing fruit.

The plant on the left is a 5-year-old mature plant. The plant on the right was planted a few weeks ago; a tad close, but that is all the room I have – we shall see! A young plant requires some extra care via food and watering. Also, first-year canes generally do not fruit. One of my plants gave me three blackberries the first year after I planted, but that was the only fruit I ever harvested from new blackberry bushes. The second year of growth will produce some fruit, but look to year three for a good fruiting plant! The first year of growth is to establish the plant. 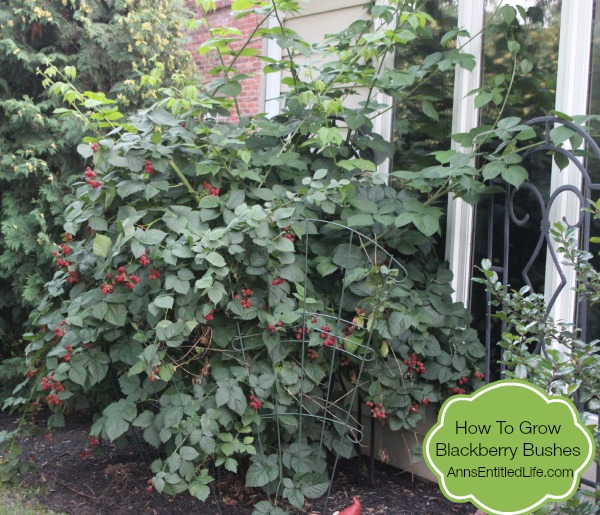 Your blackberries will need a trellis support system to keep the canes off the ground. I have found this to be a real challenge because these plants can grow very tall, and the canes can grow very long. Make sure those canes are off the ground though – this allows the sun to get into the fruit and makes the fruit easier to pick. And do not be afraid to supplement your trellis with other forms of support. 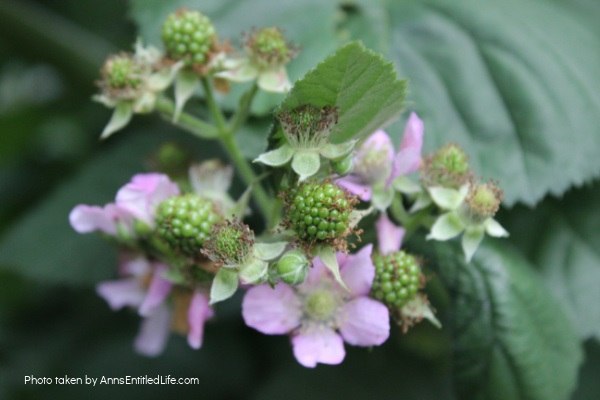 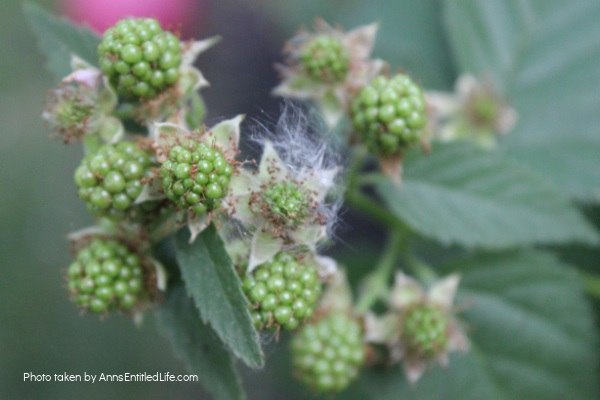 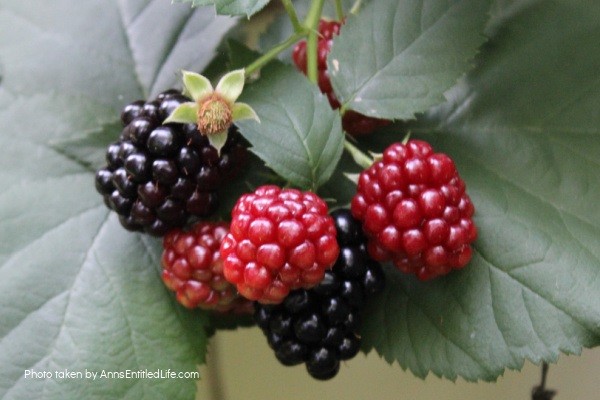 My plants have heavy leaves, branches, and tall canes. The fruit starts with small flower buds, then moves on to a small fruit that grows and ripens. This is an aggregate fruit that develops from a single flower of many simple pistils, and each lobe is an individual fruit joined at the base. (Pineapples and raspberries are also aggregate fruits.) 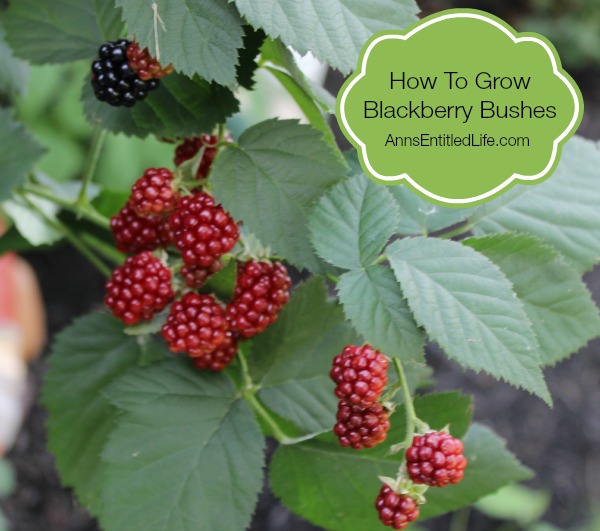 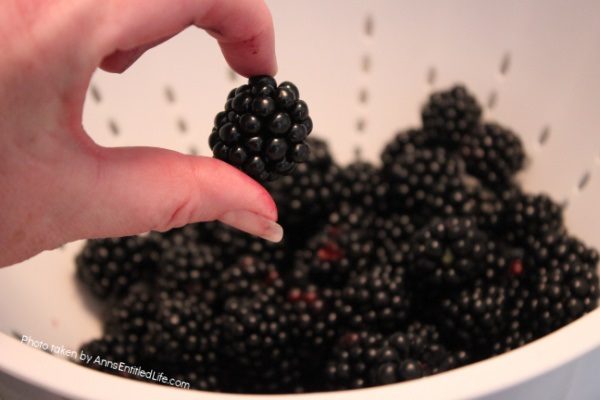 Three to four plants are considered enough to supply a family of four for a season. I think that is pretty subjective as it really matters how much people like blackberries! I have harvested an abundance of fruit starting year three which I have used to make these recipes:
● Blackberry Crisp Recipe
● Blackberry Refrigerator Jam Recipe 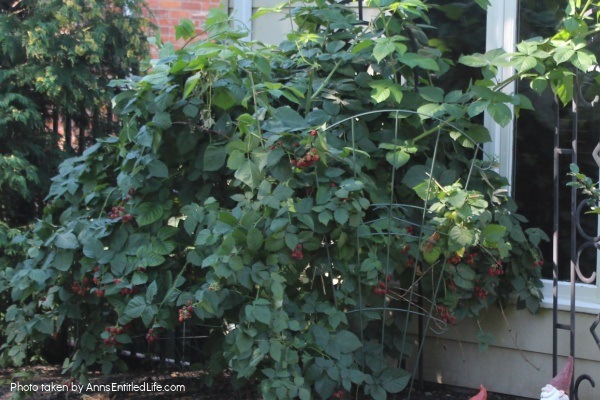 Have you grown blackberry bushes? What is your advice for successful blackberry growth?