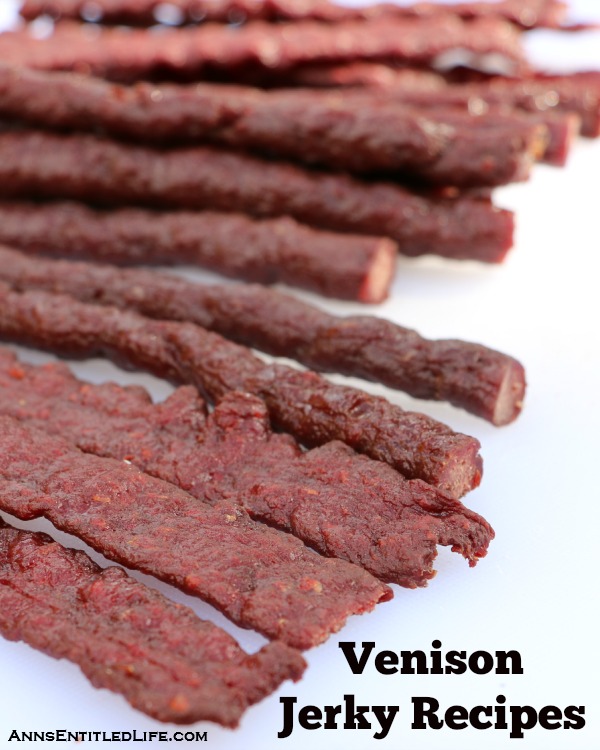 Hubby is a deer hunter. Last year he got three deer, gave one away, processed two and gave a lot of the processed meat away. He frozen the remains. Shotgun starts in our area next month (he doesn’t go out for bow), so he went through the freezer to pull out the meat he had leftover from last year. Sonny-boy took the venison steaks, and Hubby saw he had two venison roasts left. He decided to make Venison Jerky with the meat.

He used two different recipes: Barbeque and Teriyaki. The process was the same for both venison jerky recipes. The flavor came from the packets he added. He doesn’t get all his ingredients here, but quite a few: The Sausage Maker. While they are big-time online sellers, he is fortunate that they are located on the east side of Buffalo, and so Hubby just takes a drive down there when he wants something small. 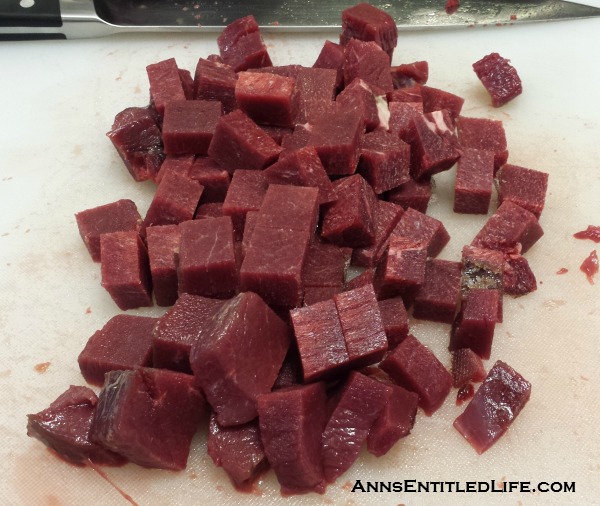 ● Cube 5 pounds of venison meat.
● This works best if it is partially frozen. 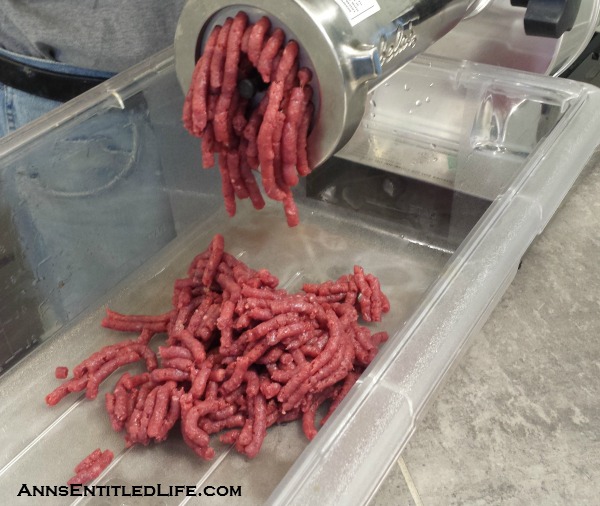 ● Grind the cubed meat on medium grind (7mm)
● This is the grinder Hubby uses. I bought it for him a few Christmases ago, and he admits it is a fantastic grinder! 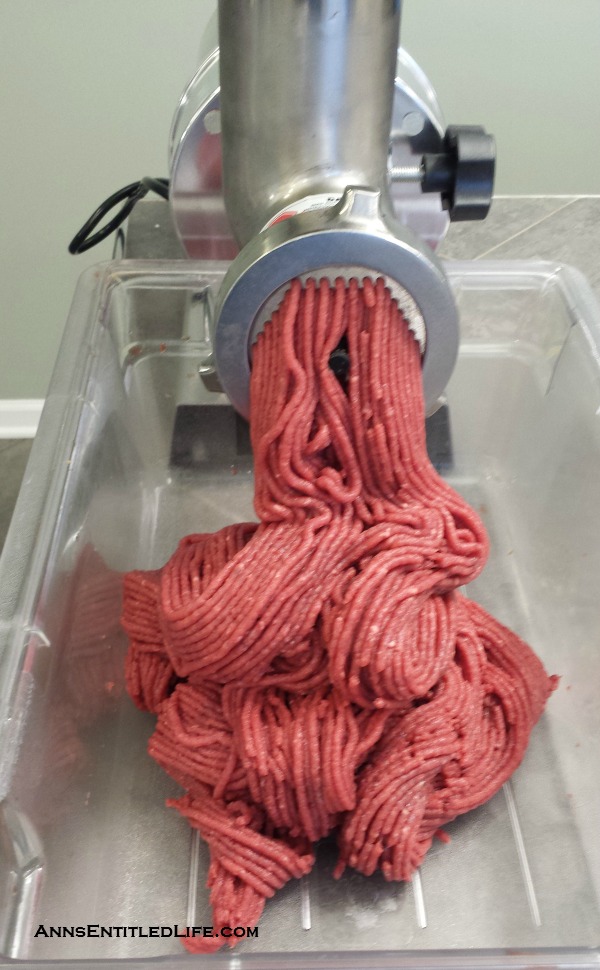 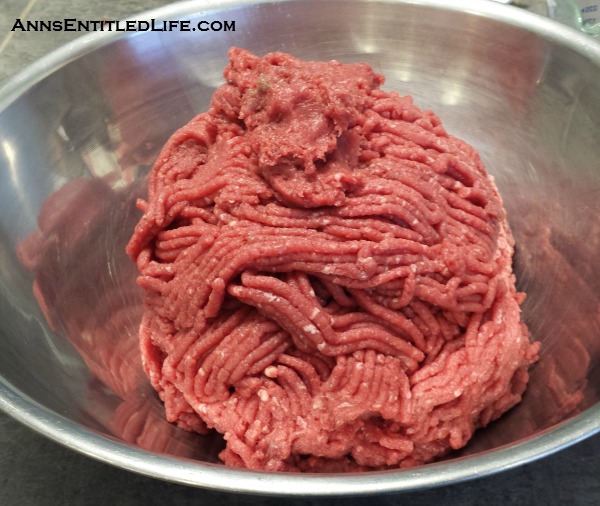 ● Place 5 pounds of ground deer meat in a large bowl. 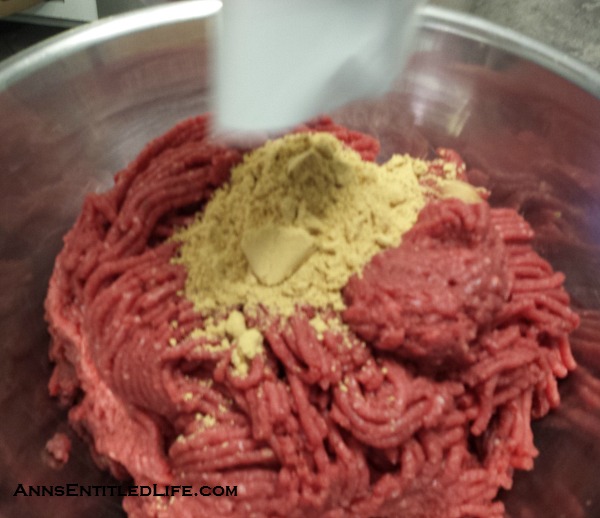 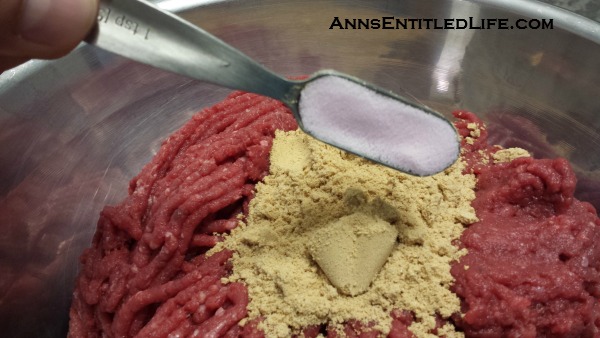 ● Mix well by hand (5 for at least 5 minutes, this has to be mixed well 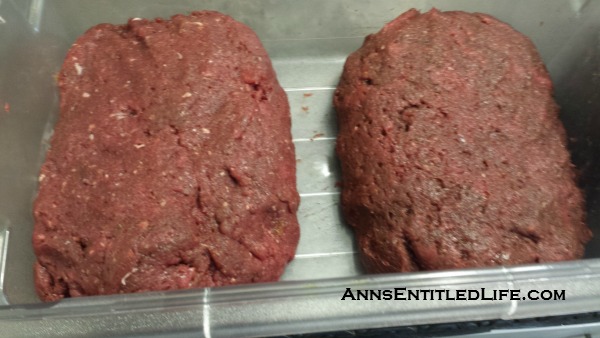 ● Make into a loaf (there are 2 loaves in this photo because Hubby did 2 recipes).
● Refrigerate 12 hours, mixing at least once.
● Mix again.
● Refrigerate 12 addition hours (minimum), mixing at least once more during that second 12 hour period.
● You are refrigerating the venison meat mixture a minimum of 24 hours. Hubby suggests wrapping in plastic to maintain color, and mixing several times along the way. 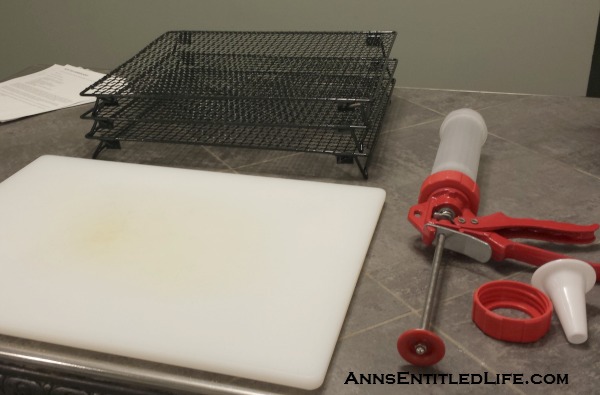 Hubby set up drying racks and his jerky gun. 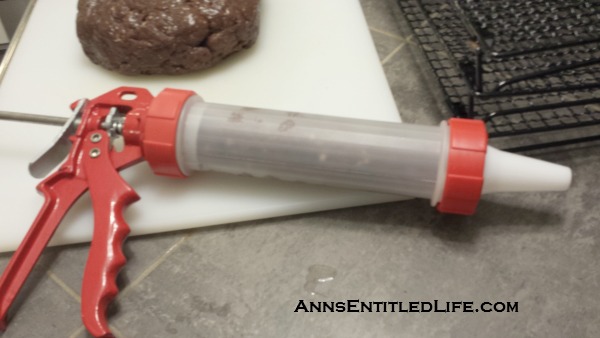 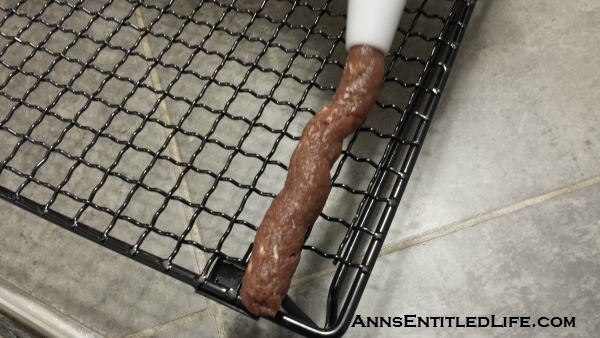 ● Hubby shot the venison directly onto the rack.
● He basically did it like a caulk gun so it came out smoothly.
● It doesn’t matter if you stretch it out or scrunch it up, consistency is the key as you want everything to dry at the same rate. 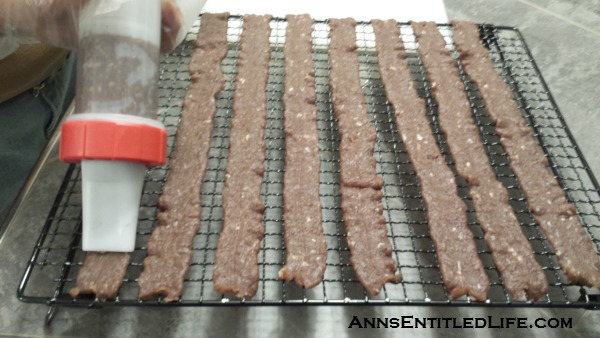 ● He used one tip for flat jerky. 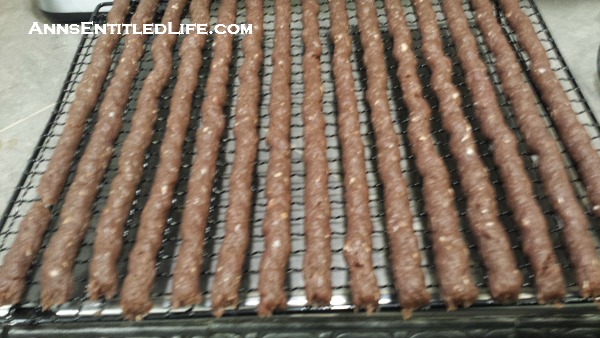 ● He used one tip for round jerky. 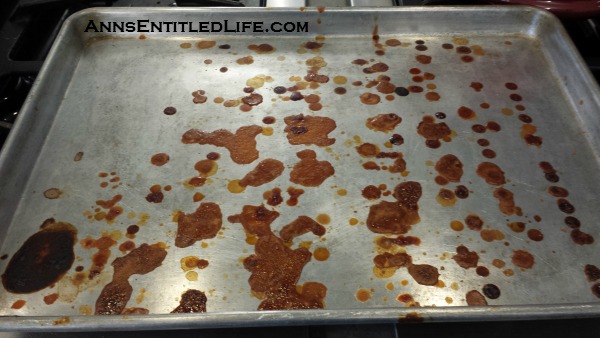 ● Make certain you place a drip pan with sides under your jerky in the oven as you will have drippings! 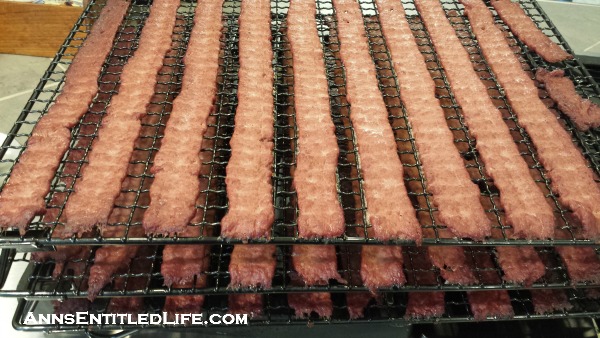 ● You MUST check your meat to make sure it isn’t drying out too much.
● Hubby suggests you check every hour for the first 2-3, then every 30 minutes thereafter. 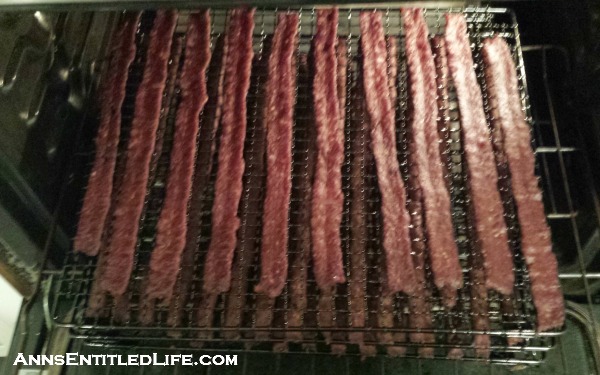 ● Once you are finished drying, you want to do a quick cook.
● Preheat your oven to 275°
● Cook your dehydrated jerky for 10 minutes. 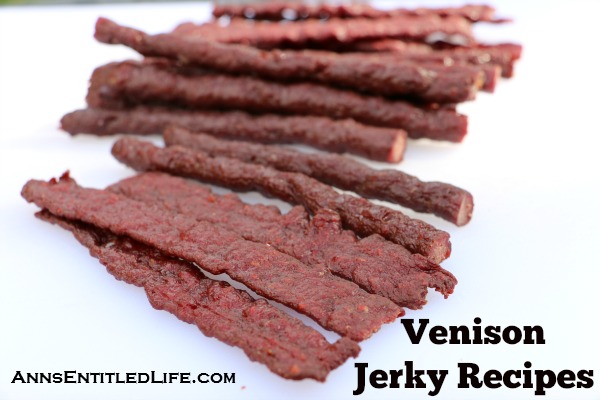 ● Store in the refrigerator in an air tight container. Don’t use ziploc bags as you don’t want to trap any moisture (they could mold).

Note: I apologize for the photos. My camera accidentally dropped off the kitchen counter when I was taking some food photos, and started to smoke! At that point I figured it was broken (hey, I am quick!). Hubby did these jerky recipes before my new camera arrived, so most of the photos in this post were taken with my phone camera (a Samsung Galaxy S5). The hero shot was taken with my new camera (the top photo). For those curious, this is my new camera.