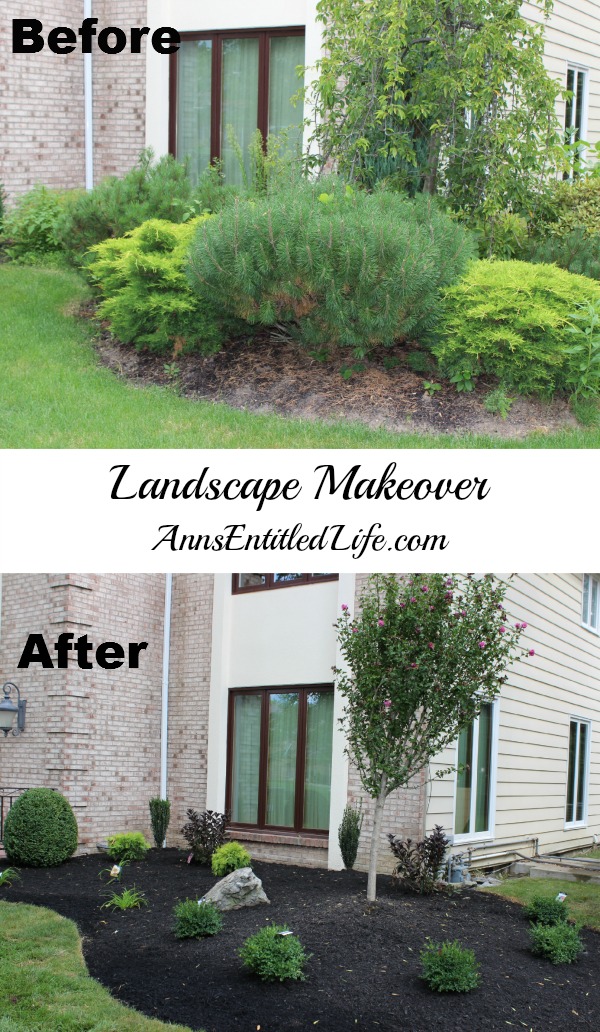 Landscape Makeover – the deconstruction and renovation of the landscaping in our front yard gardens.

Earlier this year, Hubby and I returned from snowbirding in Florida to find we had had water in our basement sometime this past winter while we were away. We had a sewer repair done that involved tearing up a portion of the front yard that included one side of our gardens.

Remember my Tips For Weeding Your Garden? One you seldom see anywhere listed as a tip is one of the ones I posted: Don’t shake the weed to remove dirt.

And this is why: 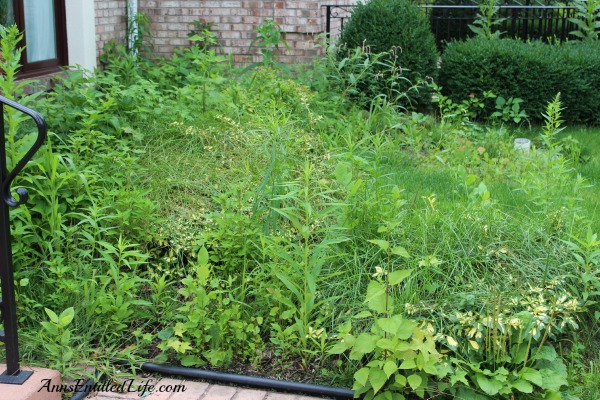 When the plumbers dug up a decent chunk of lawn, they disturbed weed spores that had been buried for who knows how many years. Those seed spores flourished! Our weeds had weeds. I actually weeded down to nothing, but then decided it wasn’t worth the effort since it was all going to be torn out “soon”. What you see there is approximately a month’s worth of weeds.

Do not disturb the dirt when you weed!

One morning last week we went to bed with this: 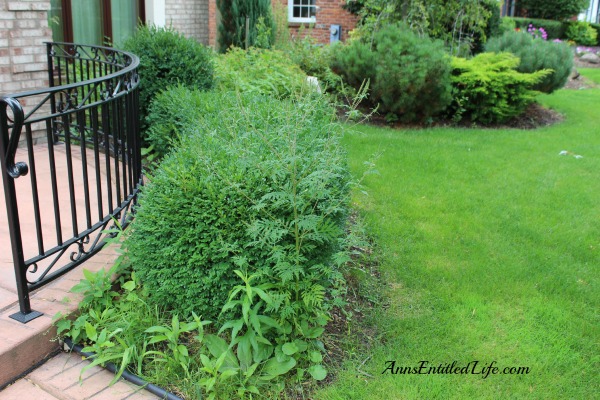 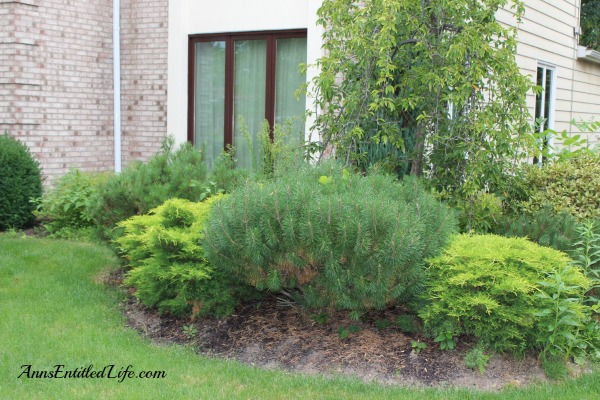 And awoke to this: 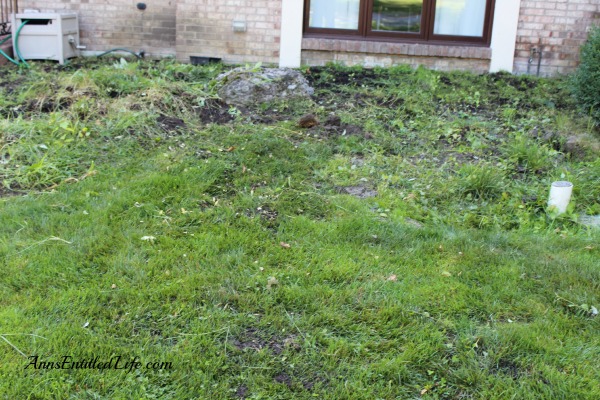 It took them about 90 minutes to tear out all the weeds, old shrubs, flowering plants, trees and whatever else was growing in those gardens. 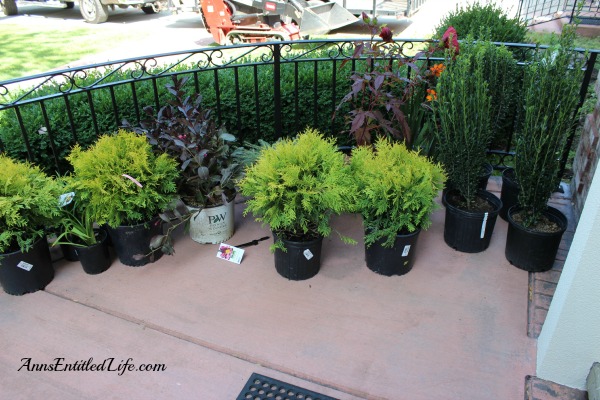 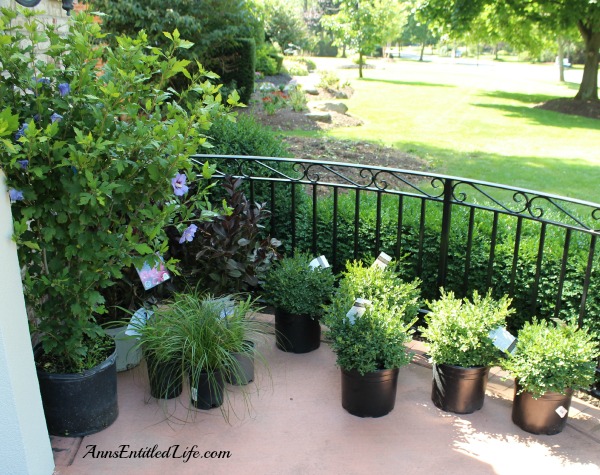 Most of the plants were dropped off (a Rose of Sharon came another day, it was on back order). 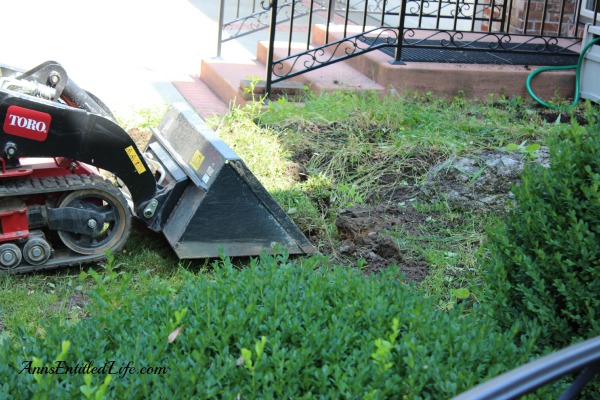 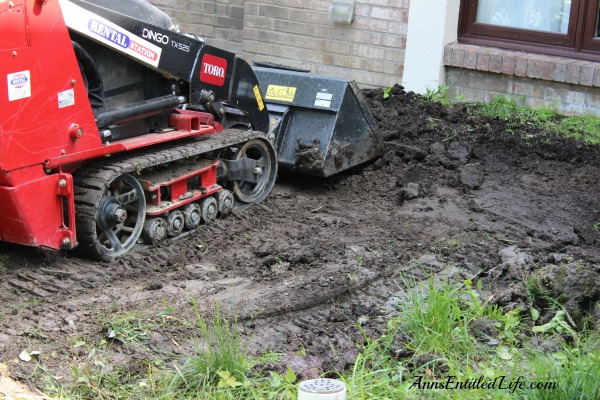 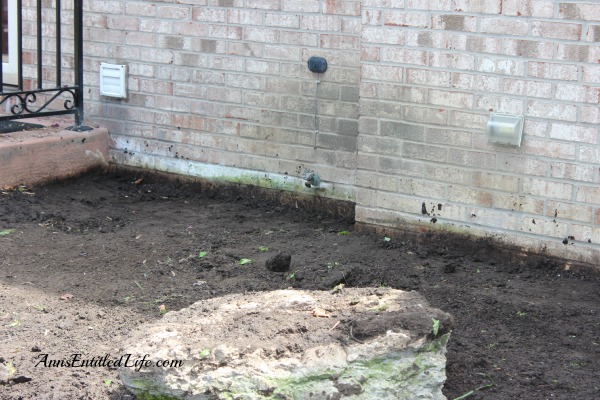 They then took off a lot of dirt. Our plumbers said to go down at least 6″ on the one side, and 3″ on the other, so that they did!

I am a HUGE fan of cocoa mulch. I have used nothing else in our front gardens since we moved in 9 years ago. And it showed. The landscaper took our old front soil (weed seeds and all) and deposited it on his property. He said he couldn’t resist, the soil was that rich. 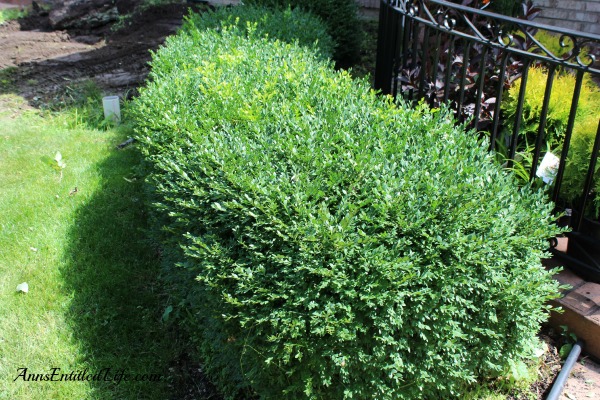 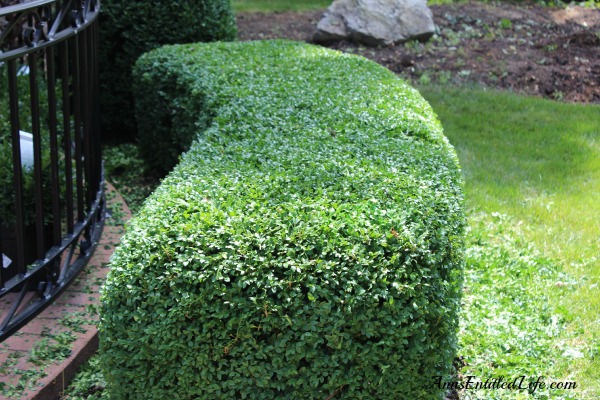 They were able to keep our boxwoods with no problem (which received a badly needed trimming!). We were not sure if there would need to be a small retaining wall or if a gradual grading would be enough. I was thrilled when the gradual grading worked! 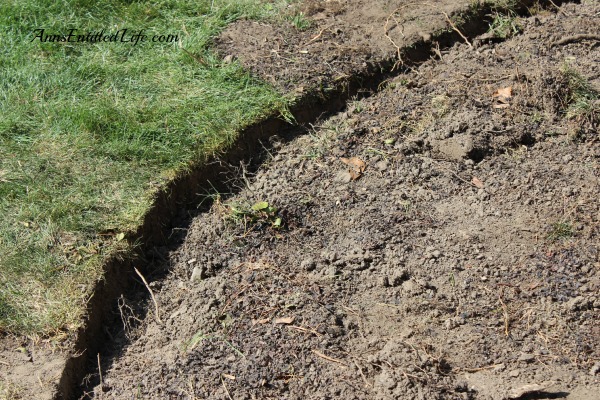 A crew of six worked throughout the day to transform our front yard. They dug the natural border MUCH deeper and wider than it was before. I adore a natural border, and was thrilled that they went the extra mile to make it so prominent! 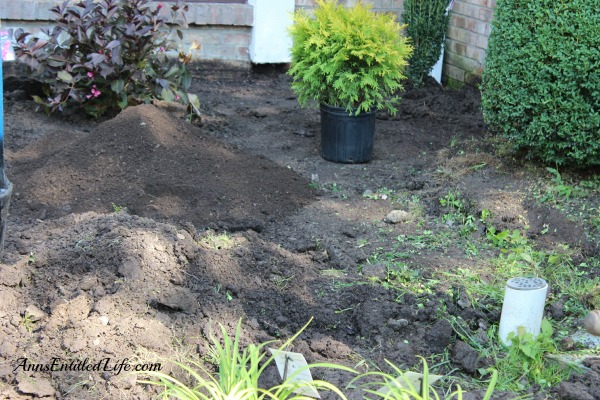 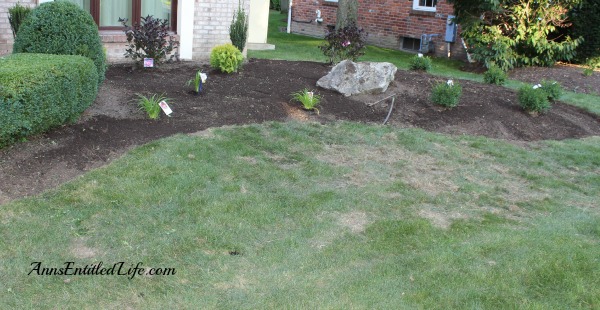 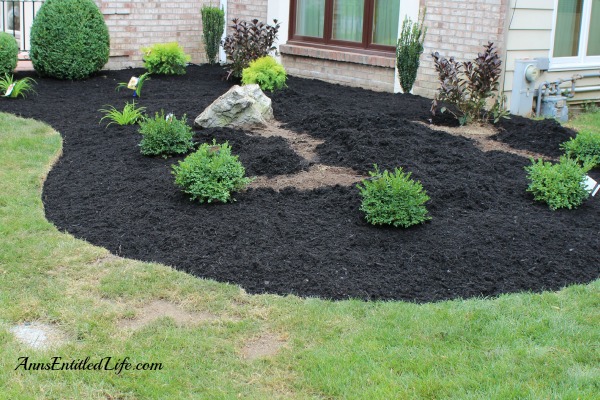 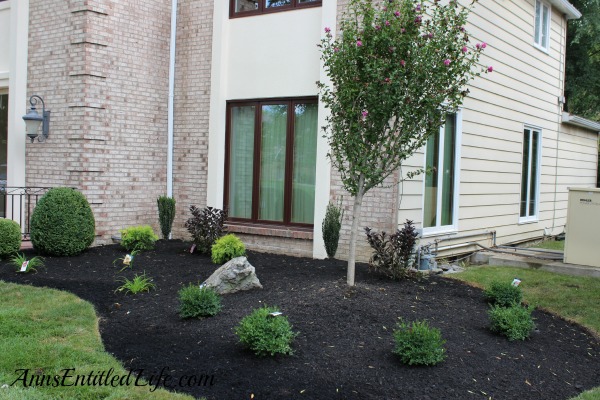 Except for the sod which they did a bit later, this is the end result.

It took them a little over a day to accomplish the tear out, grading and planting and resodding. They also fixed the sprinklers they tore out, and cut down that ugly pipe the plumbers left sticking out.

I am supposed to water the sod twice per day, and give the new plantings approximately 5 gallons of water (each) daily to help them take root and grow. It was supposed to rain for the past week, but the weatherman was a tad off, and we haven’t seen a drop since this all began! So, between the sprinklers and the hose, I have been watering a lot!

This is one side of the house. The before and after is pretty startling. 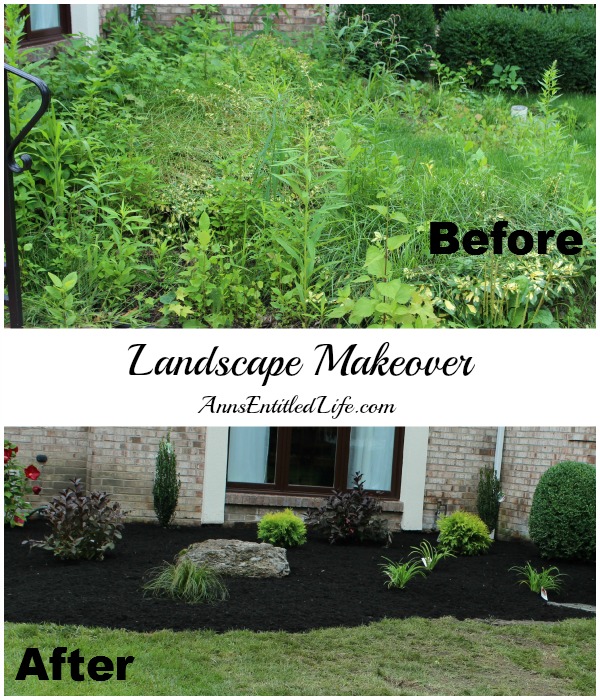 And this is the other side. This side was where the plumbers dug so the weeds were ridiculous. It was difficult to even see any plants growing in there! And remember, I weeded. But, I gave up about a month ago anticipating the project start. When it got pushed back two weeks, wellllllllll I wasn’t exactly looking for work.

I wanted minimal on these gardens. We had too many shrubs before. Now I should be able to plant some annuals or possibly perennial flowers of my choice next season! I have a few ideas, but one thing is for certain this time – no giant shrubs or junipers!

Note this is what was planted: