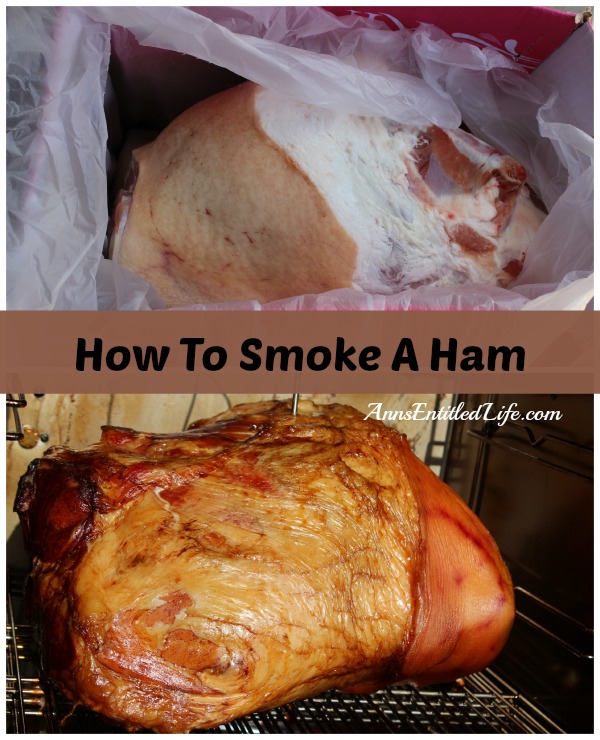 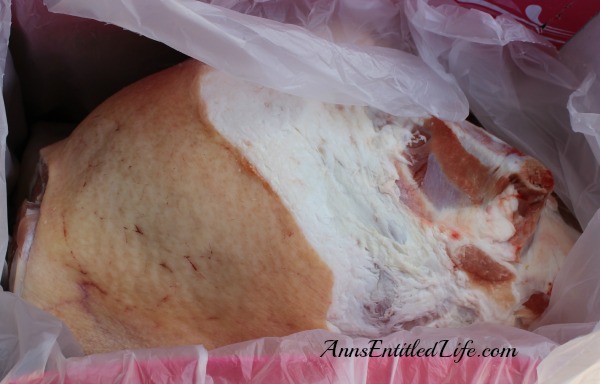 ● To smoke the ham requires some prep work. The first thing Hubby did was clean two food grade buckets. He used bleach and water to sanitize the buckets, allowing them to air dry. 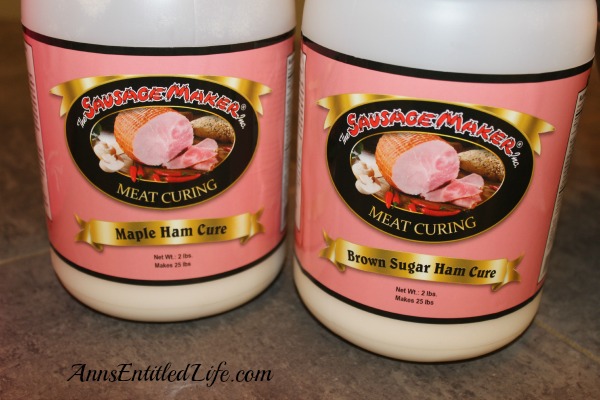 ● He used two different flavors, one per ham. 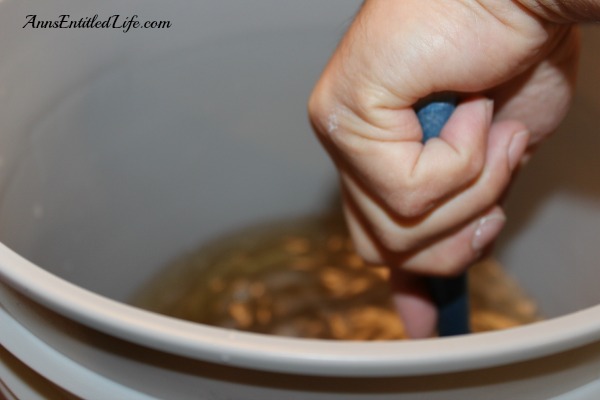 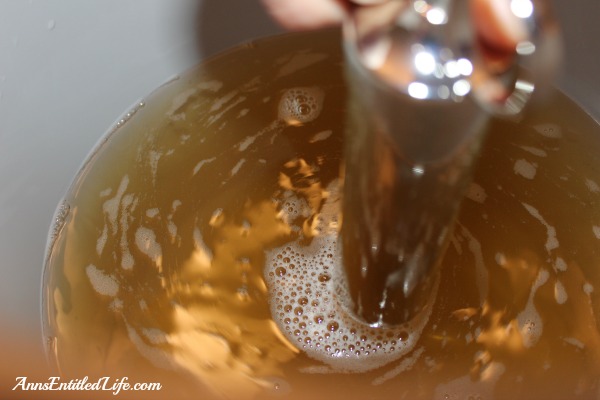 ● He mixed up the brine. (Hubby’s Waring Immersion Blender) 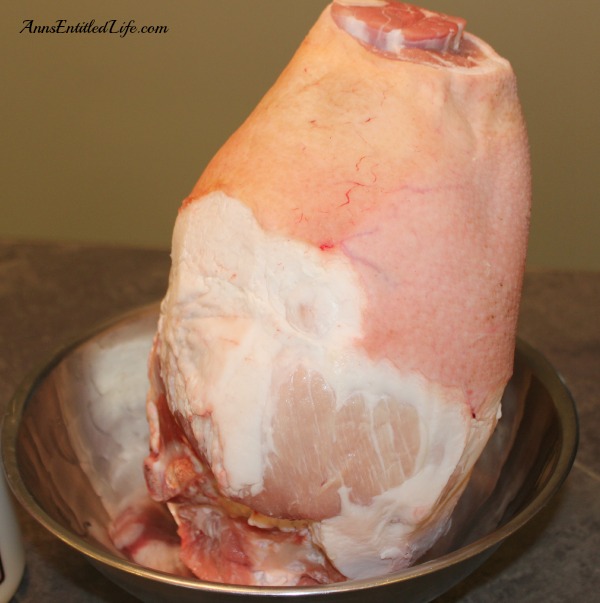 ● Placed the ham in a bowl. 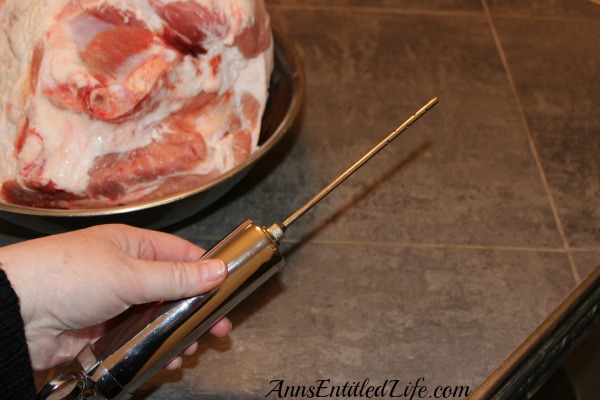 ● And with a giant injector … 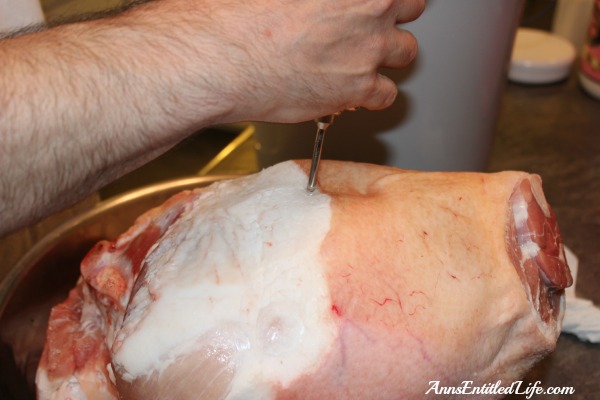 ● Injected the ham with brine. 10% of the hams weight needed to be injected with brine, the rest stayed in the bucket to immerse the ham into.
● Hubby moved that injector around to evenly inject brine. 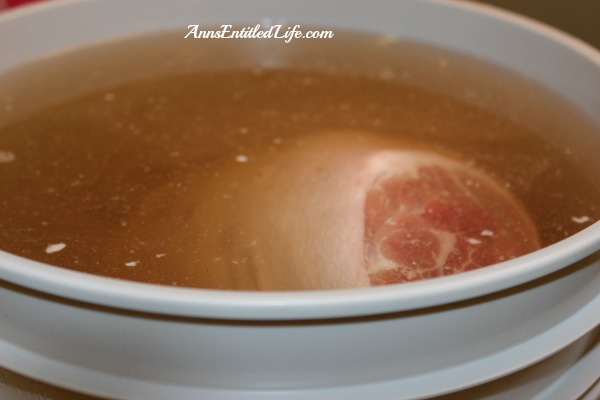 ● After being injected, the hams went into the food grade bucket – one in each since they were different flavors (and gigantic!). 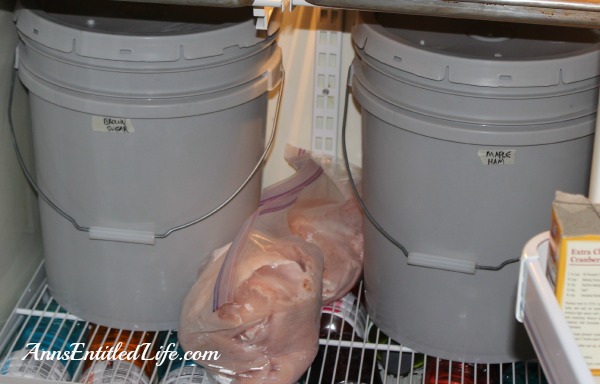 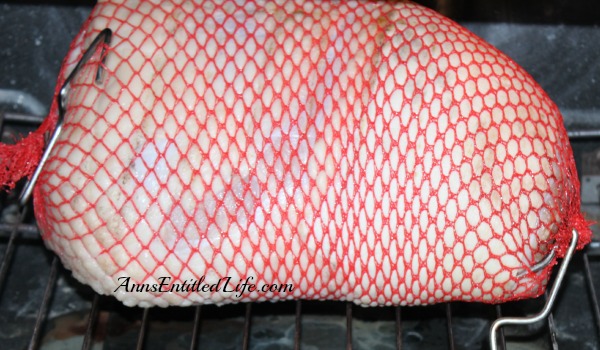 ● Hubby did one ham per day in his smoker. These were huge hams, and he wanted to try two different methods.
● The first ham he netted, dried in our oven and then smoked.

● The second ham he dried in the smoker sans netting. 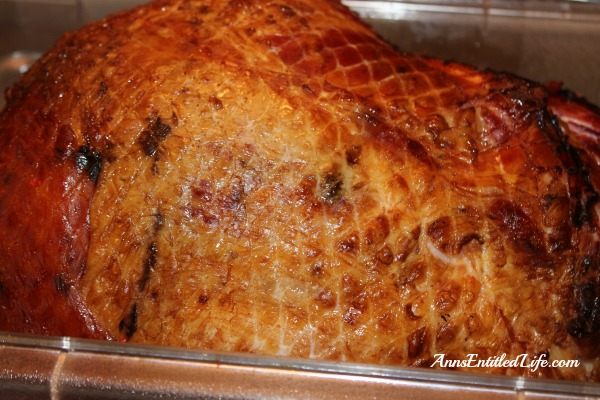 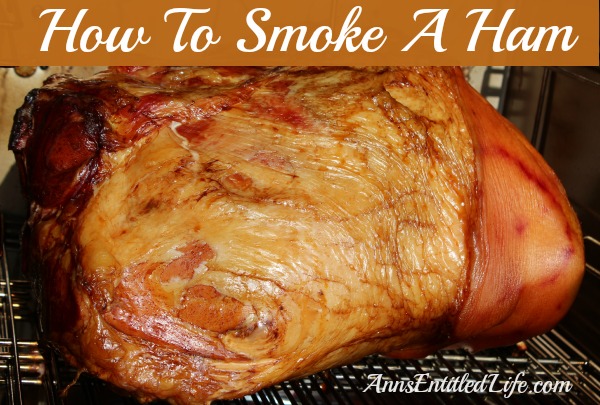 ● This is a long process. While the initial brine and soak takes less than an hour, and allowing the hams to sit is easy, the smoking and cooking process is 24+ hours. So be prepared.

● Charcuterie: The Craft of Salting, Smoking, and Curing