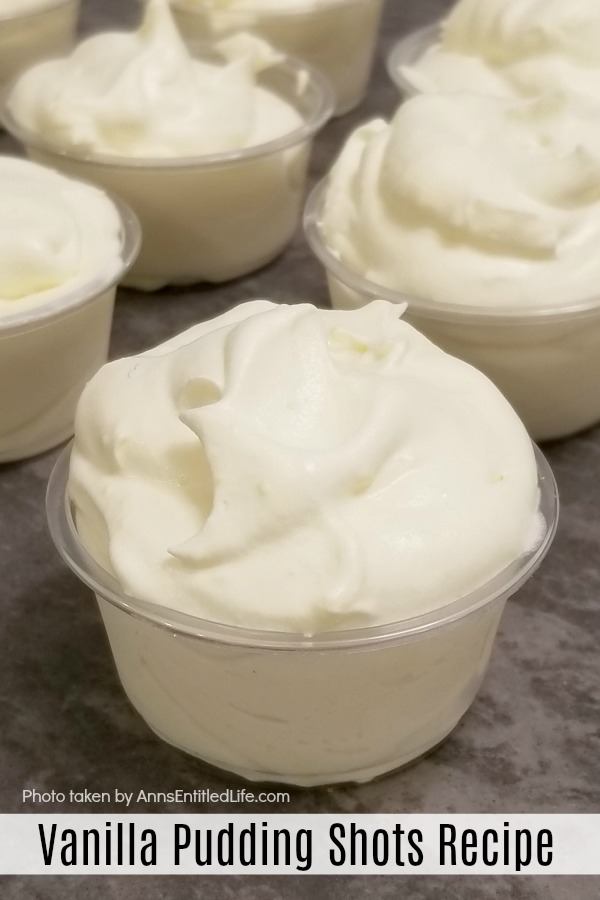 Make a classic flavor of pudding shot when you toss together this scrumptious Vanilla Pudding Shots Recipe! Quick and easy to make, it is the perfect addition to any adult party or celebration. This is a great vodka-based pudding shot recipe that is customizable with different types of vodka.

In my opinion, one of the most successful aspects of recipes is having a strong base recipe. For example, having a base recipe for jello shots or pudding shots makes it easy to make just about any flavor your heart desires. Most of my jello shots and pudding shots have the same basic recipe, there are just different flavors of alcohol and pudding used. There are countless flavors of pudding, jello, and alcohol that you could have endless options. 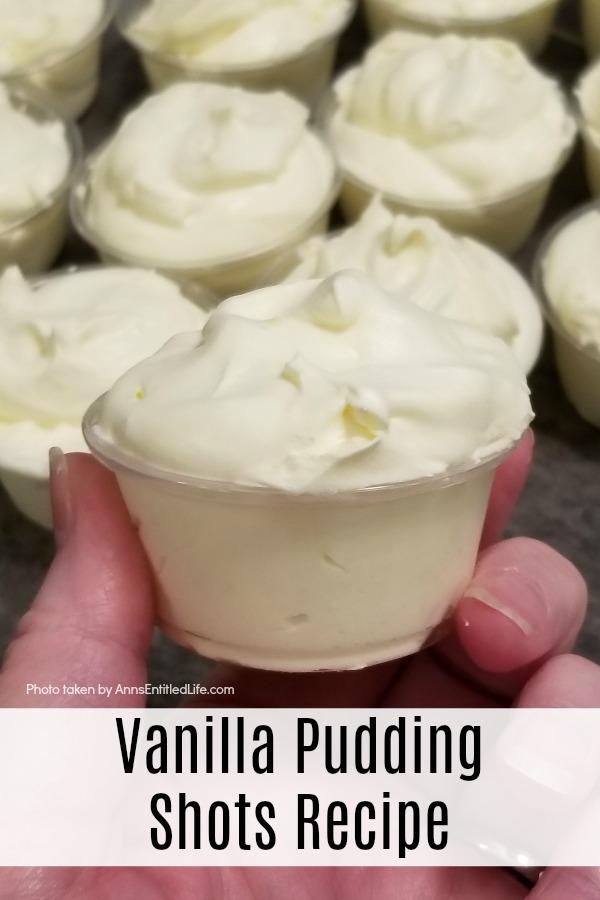 How to Make Pudding Shots

1. Prep – Set out the souffle cups on a baking sheet.
2. Make the pudding – Combine the milk and pudding mix in a large bowl and stir well. Add both vodkas to the bowl and whisk by hand until thick.
3. Divide – Add the whipped cream to the bowl and mix well. Spoon the pudding mixture evenly into the souffle cups.
4. Chill – Place in the fridge for 4 hours or overnight.
5. Serve – Top with whipped cream and enjoy!

Tips and Variations for making this Vanilla Pudding Shots Recipe:

● Use any brand you like – I use Jello brand pudding and Cool Whip brand whipped topping as they’re the most popular and easy to find. However, you can use any brand of instant pudding or thawed whipped topping you prefer.
● Use less milk – If you would like to make your pudding shots thicker, you can add as little as ½ a cup of milk per small pudding box. However, I wouldn’t go any lower than that.
● What kind of pudding can I use? – As long as it is instant pudding, you are good to go. Any type of instant pudding does the trick for pudding shots.
● Other whipped cream options – I usually use full fat whipped cream, but you can use fat-free or lite whipped cream as well. Just note that a lighter whip cream will make the pudding shot also lighter.
● How many shots does this make? – How many shots you yield from this recipe depends on your shots containers and if you are capping them. If you use 2-ounce containers, you will end up with 12-16 pudding shots uncapped (everything is dependant on how full you fill the cups and the size of the cup you use) and around 20 capped. If you use larger containers, you will yield even less. Just note that you will need to put less in the container if you’re placing lids on them and more if you’re not.
● Alternate using a mixer and mixing with your hands – If you whip the milk and pudding using a hand mixer, then stir by hand when adding the alcohol, you will get the pudding shots to set up quicker.
● Add whipped cream to the top of your shots – If you decide to go with a stronger vodka or liquor for your shots, add a dollop of whipped cream on the top before serving. This makes them much tastier.
● Whipped cream vodka substitute – while the whipped cream vodka adds a great flavor, if you do not have it in your liquor cabinet you can substitute plain vodka or increase the amount of the vanilla vodka.
● Storage – Store in individual pudding shot containers, covered, in the fridge for up to 5 days.
● Reheating – In order to bring a frozen pudding shot to an edible temperature, let them thaw naturally. Do not heat them to quicken the process as this could ruin the shots. (Note: I do not advise freezing a pudding shot although some people do. You can freeze covered for up to three months, but the consistency will be changed.) 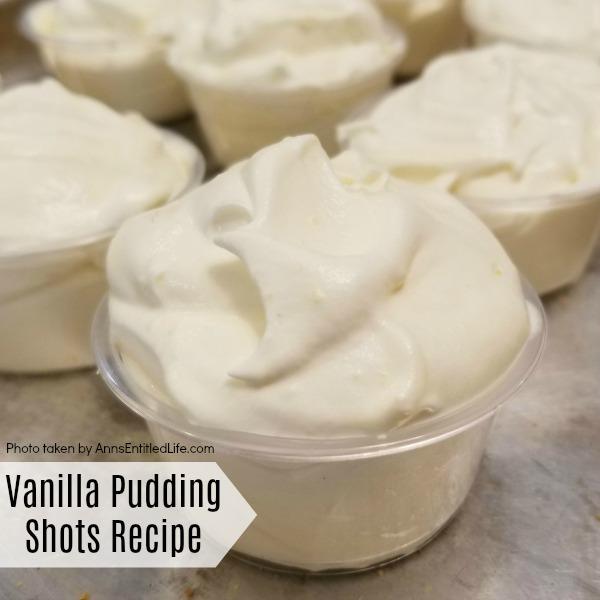 How to Make Pudding Shots with Vodka?

This recipe shows you how to make pudding shots with vodka or other alcohol options if pertinent. However, to sum it up, you make the pudding based on the boxed directions. However, you substitute one cup of the milk for a cup of vodka instead. I add whipped cream to the mixture as well to lighten it up and dilute the flavor a touch. Depending on the flavor of pudding, you can match your flavor of vodka to it for a more cohesive shot flavor.

How to Make Pudding Shots with Cool Whip?

When adding whipped cream to a pudding shot, I normally use 8 ounces of thawed whipped topping per 3 ounces of pudding used. In other words, each small pudding box used in the recipe, add 8 ounces of cool whip to the recipe. This lightens up the recipe and gives it a more even flavor.

How to Make Pudding Shots with Alcohol?

As mentioned above, I normally use 2 cups of liquid when making pudding shots. I use one cup of cold milk and a cup of a matching alcohol flavor. I sometimes will use more than one flavor of alcohol, just as long as the total outcome equals one cup. The biggest trick to using alcohol in pudding shots is to match flavors of alcohol to the flavors of the pudding. You want the flavors to jive well, not contradict each other. 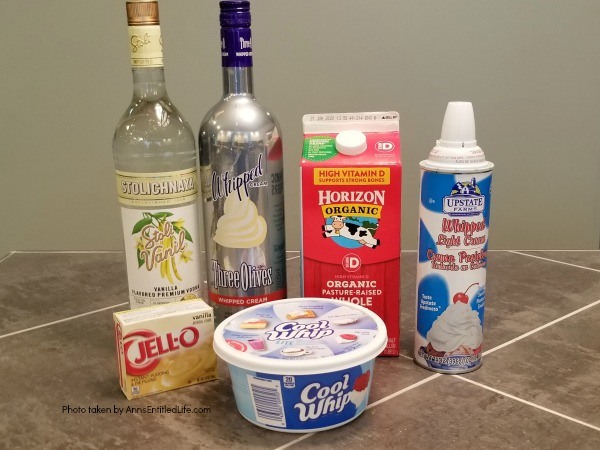 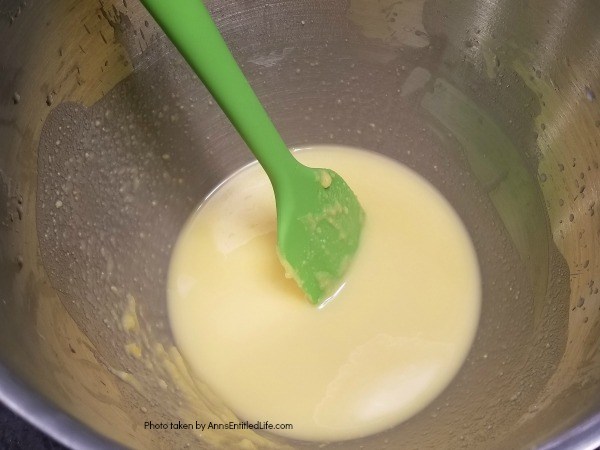 1. Place 12 pudding shot cups (2.5oz soufflé cups) on a large baking sheet.
2. Pour the contents of one small box of instant vanilla pudding mix into a medium mixing bowl.
3. Whisk in cold whole milk; mix well. (Use an electric mixer if you like) 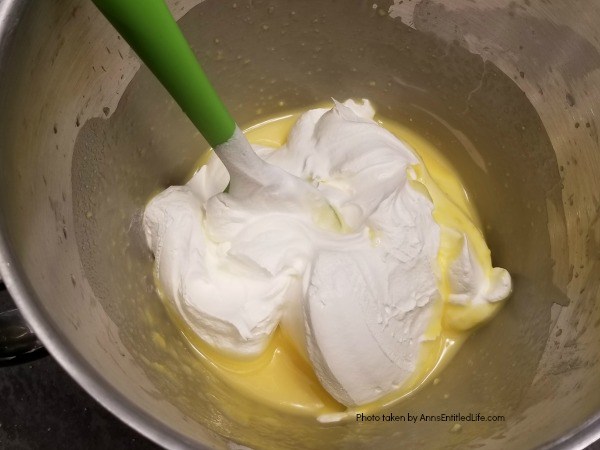 5. Add in whipped cream vodka and vanilla vodka by hand. Mix well until the mixture thickens. 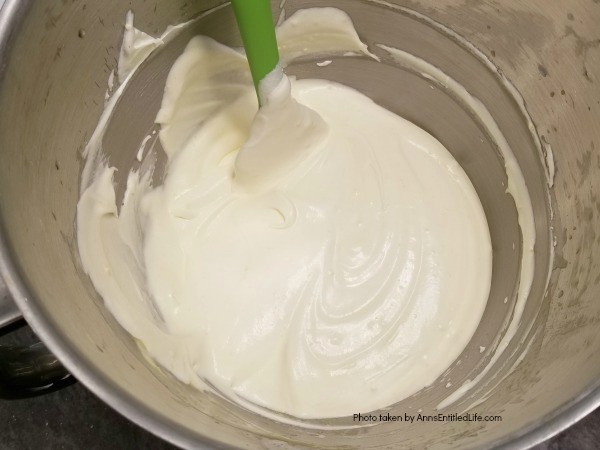 6. Fold in thawed whipped topping and stir until the pudding mixture is light and fluffy and you no longer see any white streaks from the whipped topping. 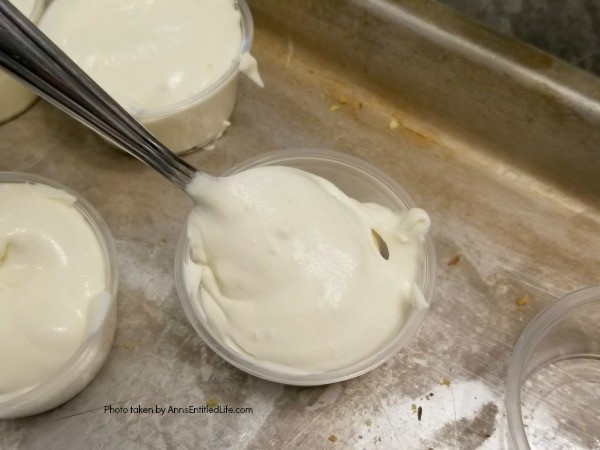 7. Spoon the pudding mixture into the prepared soufflé cups, filling up to the top of each rim. 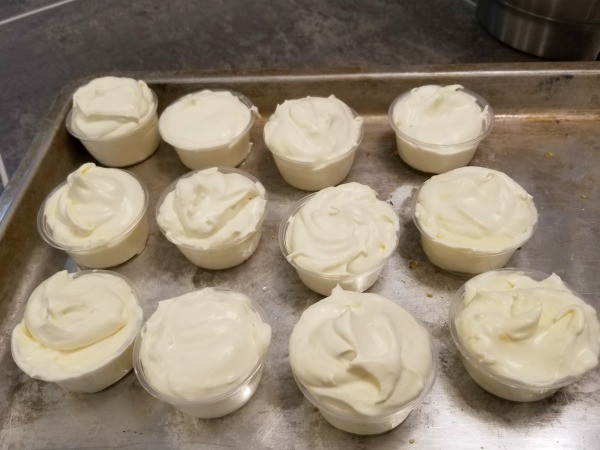 8. Chill for at least 4 hours (overnight works best!)
9. After 4 hours, if you are not servings immediately, you can place lids on the plastic cups and chill overnight.
10. Top with whipped cream before serving if desired. 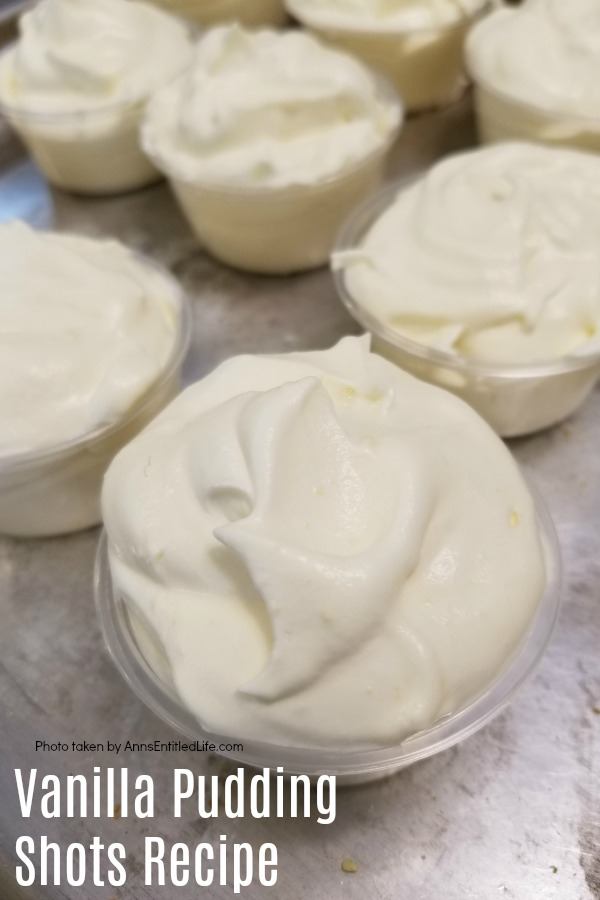