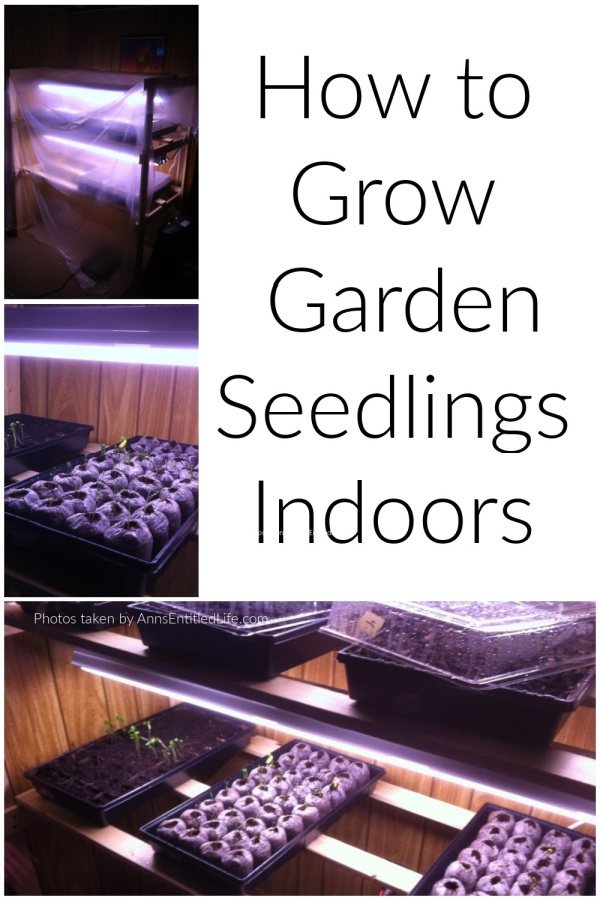 Start your gardening seeds indoors, in soil, bags of peat, and plastic bags! Step-by-step instructions on how to start garden seedlings indoors so they are ready to plant in your growing zone!

How to Grow Garden Seedlings Indoors

Growing Garden Seedlings Indoors – Start your gardening seeds indoors, in soil, peat bags and plastic bags! – a How Does Your Garden Grow post on AnnsEntitledLife.com

Mid-April in New York State is a real mixed bag; 75° one day, 40° the next. Ah, spring. We are still a few weeks away from planting in the ground up here, but as in most areas, prep work has begun.

We went to dinner with my brother this past week, and apparently, he started a lot of seedlings. Burpee is currently his BFF. He has so many seedlings started and doing well (400!) that he offered me “whatever you want!”. 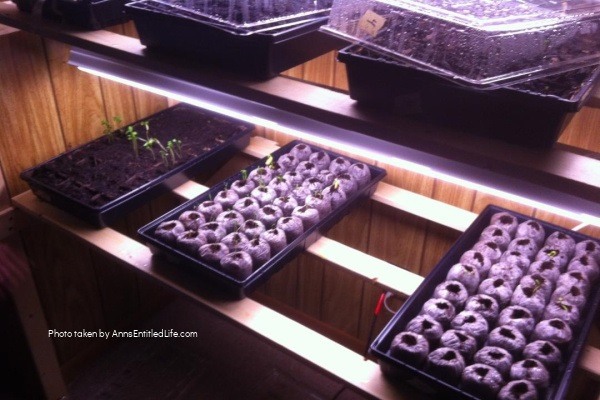 He ordered from a variety of places including Burpee, Michigan Bulb, and Springhill. He also bought Jiffy Peat Pellets to start his seedlings. He said these have done very well. They are little tea cup-like things that you add water to, and they “grow” right away. You take a knife to open the top, make a hole and insert the seed.

He also has potting soil seedlings, and they are several weeks behind the peat pots. He did say if this had been a normal winter/spring, the soil seedlings would have been way too far behind to plant on time. Because of the crazy weather this year though, those might be useful after all.

● He built the seedling stand out of cheap furring strips.
● He also said he does not feel he had enough lighting, and next year he will add another grow light.
● He keeps the plastic on the front of his seedling tower to keep the temperature inside between 75°-80°. It is not warm down his basement.
● He has not watered much, he watches the moisture on these seedlings. Since they are under the lamps for 12 hours per day (on timers), there is the possibility they could dry out.

I told my brother I had purchased three earth boxes and was looking for tomatoes, peppers and beans, or possibly cucumbers. He has yellow, green, and purple beans for me to choose from, as well as various tomatoes!! Hurray!
Update: years later I am up to six earth boxes, many containers, and bagged growing. I grow a lot in my container garden.

He has also decided to make some raised garden beds in his backyard where now there are none (Hubby offered him some acreage up north a bit to raise crops LOL heck, Hubby has the tractor, plots for deer, and plenty of places to plant crops!) and plant cucumbers, squash, carrots, and a few other vegetables in addition to his beans, tomatoes, and peppers. At 400 plants, that is a LOT of harvests! 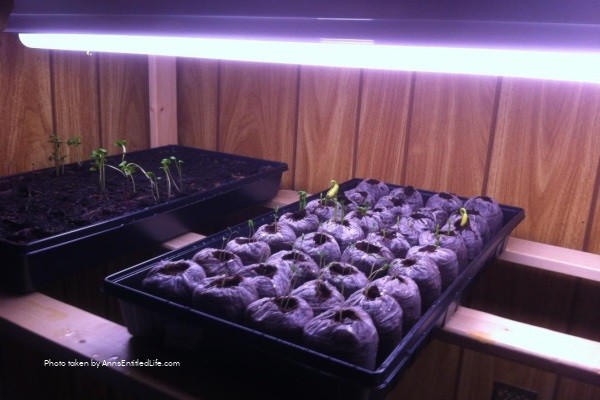 I am also under orders to buy him two thornless blackberry bushes when I buy myself another one, and he wanted a “golden” thornless raspberry bush if I can find one. I think he is going to end up with a thornless red raspberry bush, just like us though. The thornless blackberry bushes he can order online are inexpensive, but teeny tiny in size. Since the blackberries and raspberries take a few years to produce he may as well not add even more time by buying a smaller plant. I will pay-up at the local nursery. 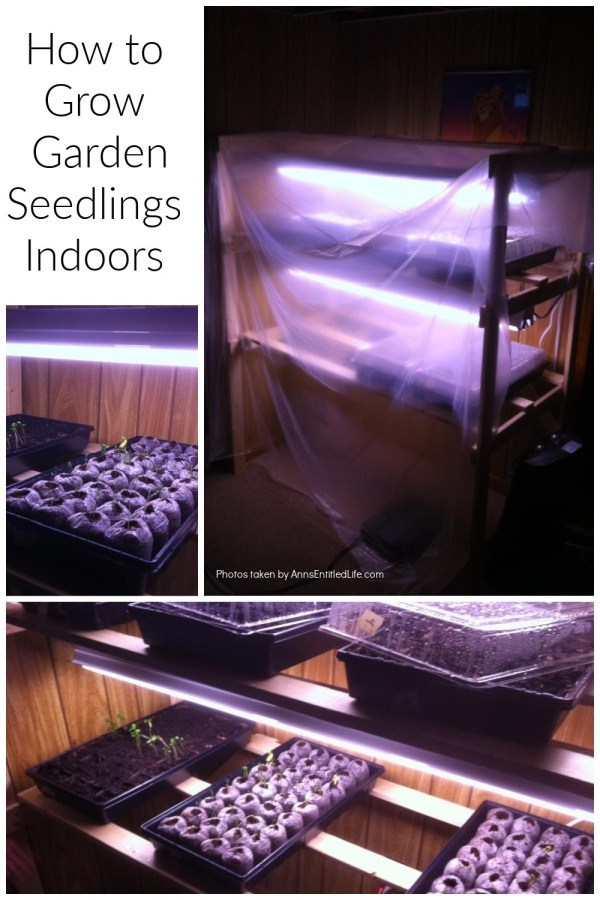 I did ask my brother how much he expects to spend on his new garden (he is making raised garden beds too), and at this point, he is into this for about $250 for 400 plants. That includes the lamps, soil, seeds (he has a ton leftover), the materials to make the stands, etc., etc. Of course next year his costs will be under $50. The first year is always the most expensive.

I will definitely give updates on his garden, as well as our garden this year! It is fun to see someone start from nothing, and make gardens where only manicured grass was before.

Update: Seven years later he is still growing seedlings down his basement to plant in his raised beds. He never did take us up on the average offer, but he produces a ton of vegetables to freeze, give to friends and family, and eat fresh.
● How To Freeze Blueberries
● How To Freeze Tomatoes
● How To Freeze Rhubarb
● Vacuum Sealing Tips and Tricks

How is your garden coming along? Have you planted yet? Still in the planning stage? How Does Your Garden Grow?