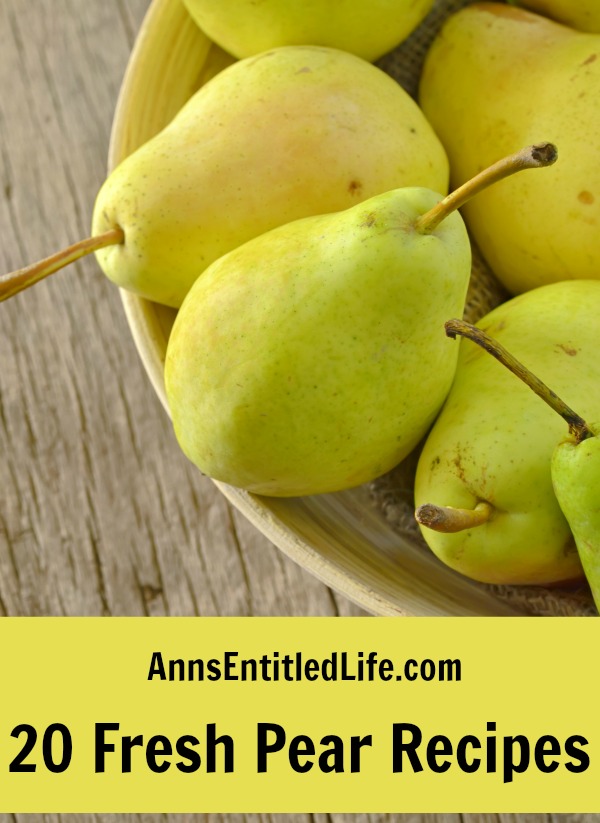 These 20 Fresh Pear Recipes are a sweet taste of fall. Try one of these perfectly delicious recipes for those freshly harvested pears.

Pears are fruits grown on a tree and harvested in late Summer into October. There are 3,000 known varieties of pears grown worldwide. In the United States, Barlett, Bosc, Red Anjou, and Concorde are most commonly found in the grocery store.

Pears are used in liquor, sauces, desserts, side dishes, and main entrees. You can make pear butter and pear jams and jellies. There are even bread recipes that feature pears. Many of us eat them fresh.

Below is a list of some terrific pear recipes that you can make from your freshly harvested pear fruit.

● Baked Brie with Pear and Walnuts | Bake to My Roots 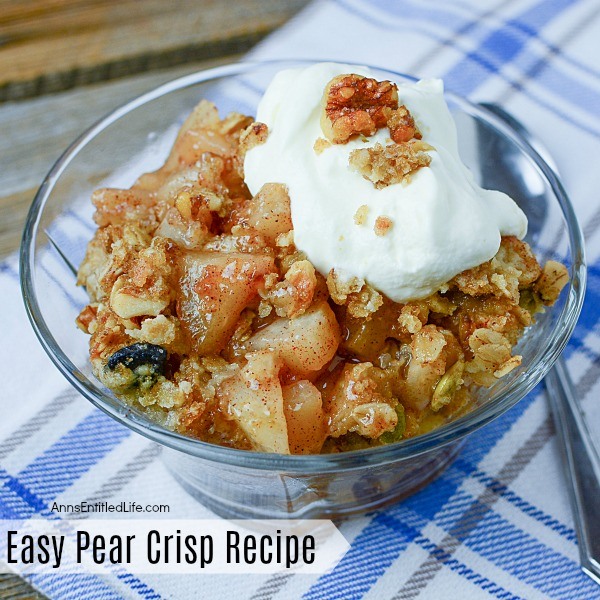 ● Pear Salad | Can’t Stay Out Of The Kitchen

● Pear Walnut Crisp | The Kitchen Is My Playground

● Prosciutto Cups with Pear and Goat Cheese | My Suburban Kitchen