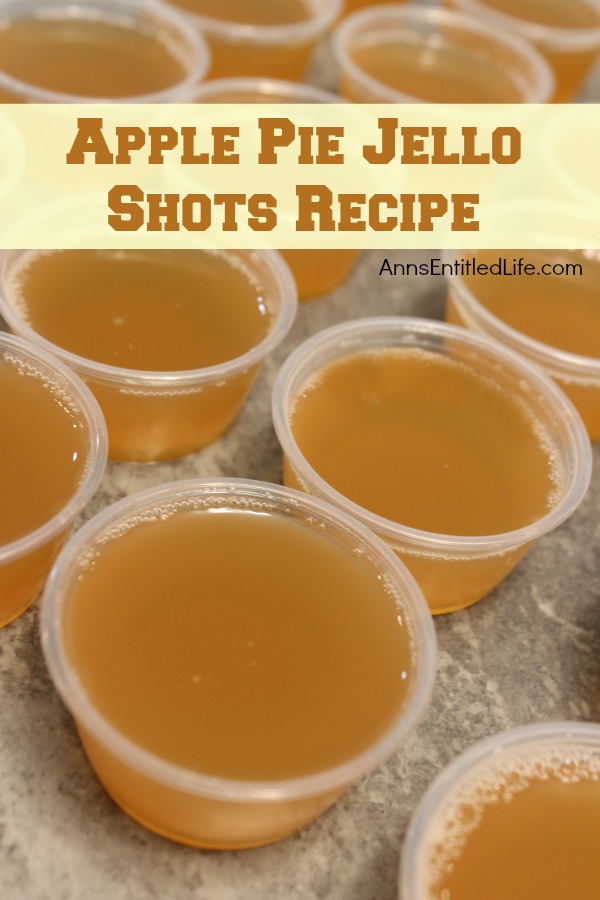 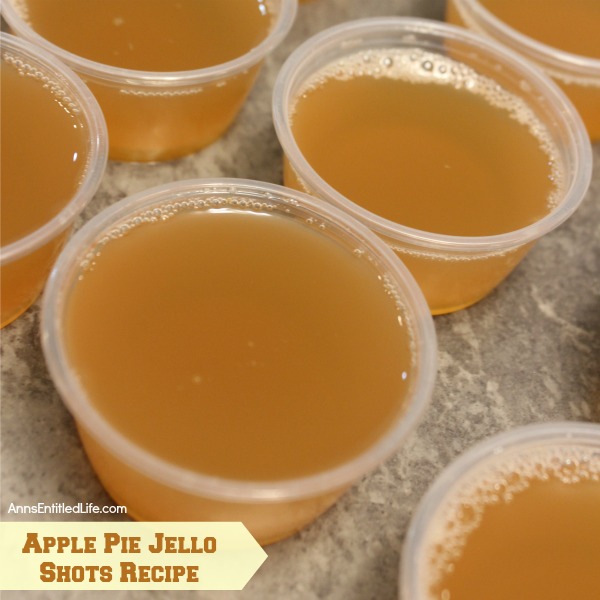 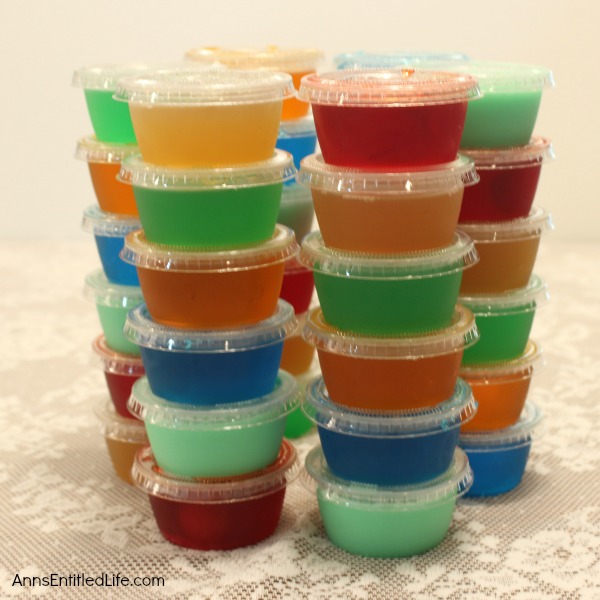 ● Some of the recipes were better received than others. This Apple Pie Jello Shots Recipe recipe was very well received! Hubby and I didn’t care for it. Too much cinnamon for us. We were the ONLY two people who didn’t care for it.

● If you don’t like cinnamon that much, lower the fireball whiskey to ½ cup, and increase the Crown Royal Apple to 1 cup.

● If you are making these in a glass shot glass you might consider lining the bottom with a crust. 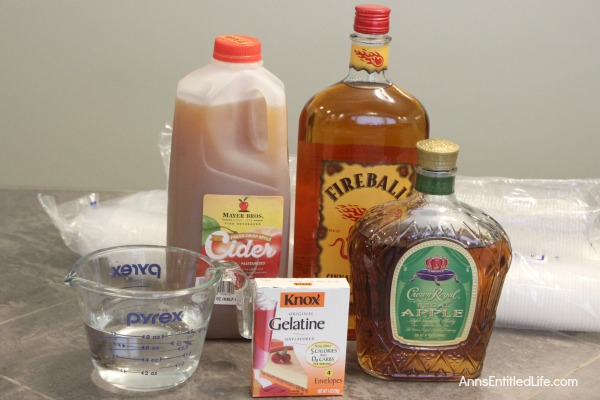 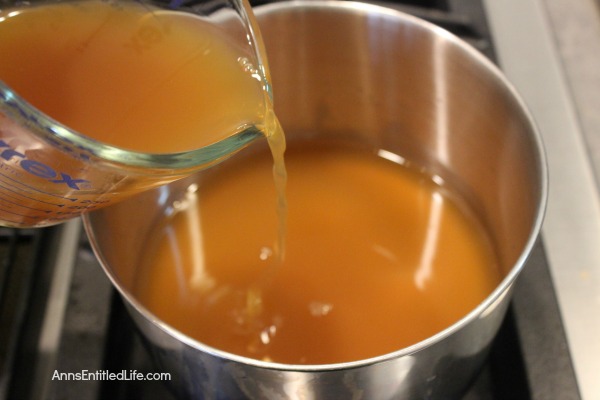 ● In a medium pot, bring one cup of water and two cups of apple cider to a boil on the stove. 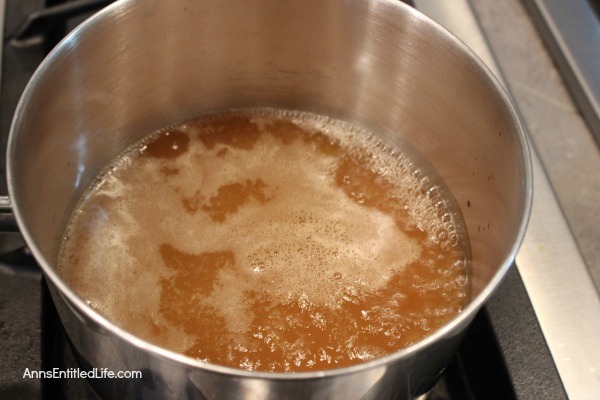 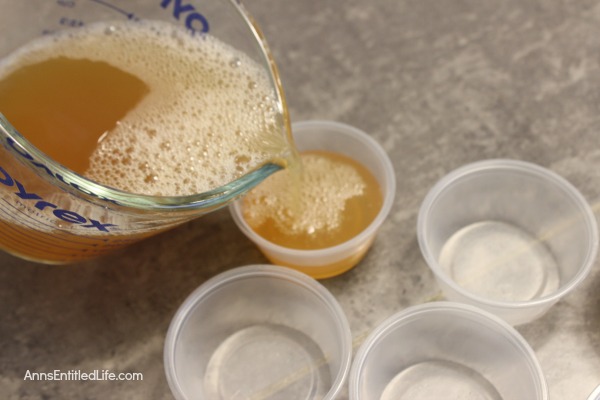 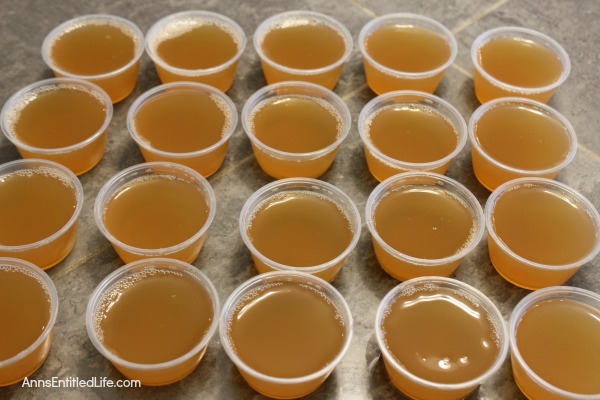 ● Pour into 2 ounce soufflé cups. Allow some headroom and do not fill to the top.
● Remove any bubbles that may form. 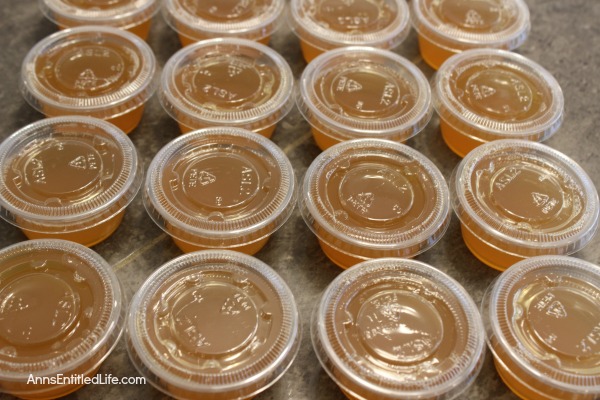 ● You may cap your soufflé cups, or wait until the gelatin has set before capping.
● Place in refrigerator to set, approximately 2 hours.
● Serve after set. 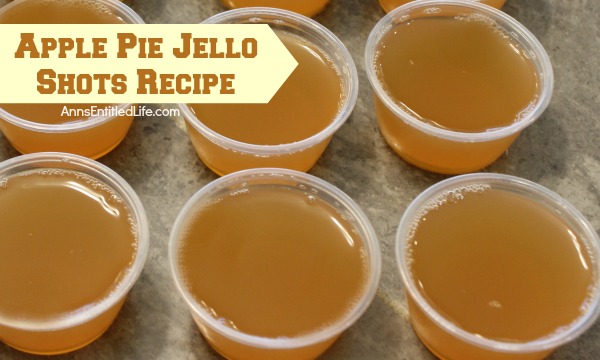