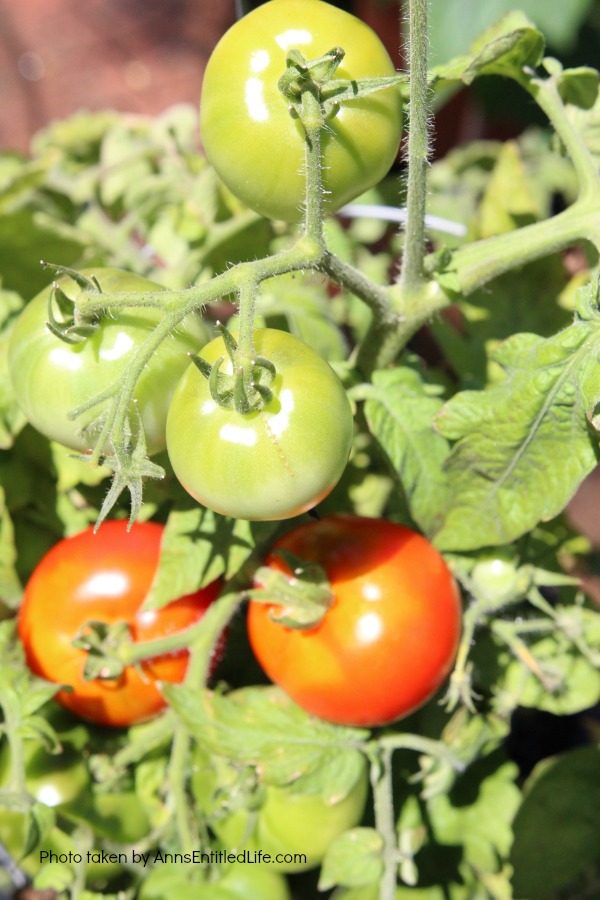 So after the slow spring gardening start, it was not until mid-July that any of my veggies started to produce. We have had more than our fair share of rain in 2017, and the temps have been seasonal to above normal. With all the rain I had some garden-fails. Actually a lot of fails this year.

Our green bean crop which is usually fabulous yielded whopping 50 green beans this year. We are still eating green beans I froze in 2016, but the 2017 harvest is long gone. I do not think it was the entire area, however, as I have purchased fresh green beans at garden stands for a very reasonable price. 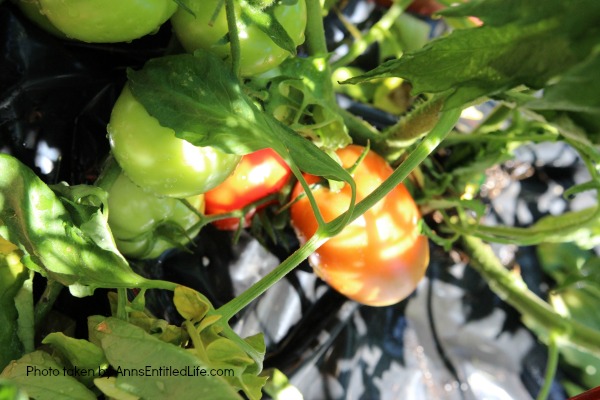 Our Roma tomatoes had a round of blossom rot. I was kinda surprised because I had a hefty dose of lime in there when I mixed up my potting mix (Miracle Grow) + fertilizer + lime mixture. I added more lime (it is almost like a layer of paste), as well as some ground up eggshells and knocked the blossom “tails” off each tomato and they seem to have recovered. But, I lost a good 15-20 tomatoes before that. 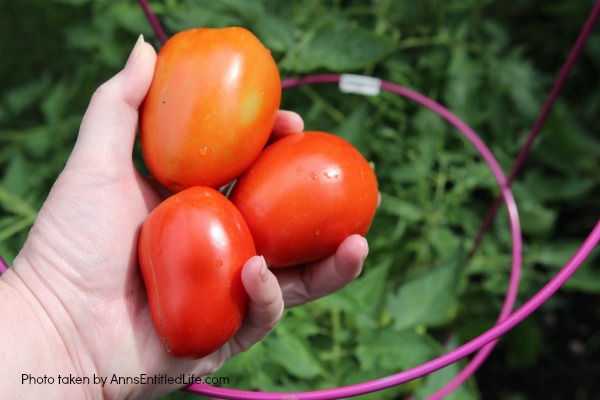 Still, I will have plenty to freezing tomatoes later – which was the whole purpose for those four plants! 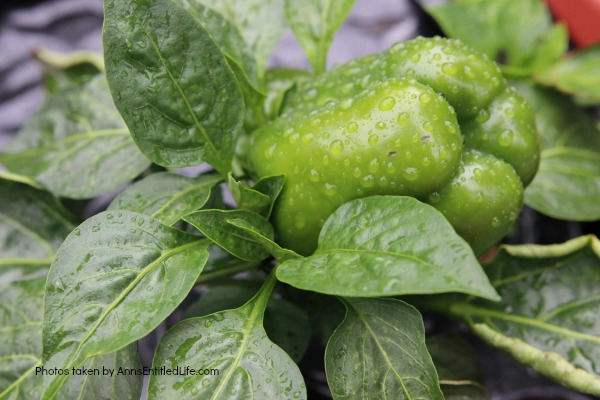 After the rabbits had eaten all the green pepper plants (they never had a chance to root or blossom!) in the ground, I was left with green pepper plants in the city picker boxes. We have a few green peppers, but nothing thrilling. I bought some enormous ones at a farmer stand this past weekend, and I guess that is what I will have to continue to do for fresh green peppers this year. 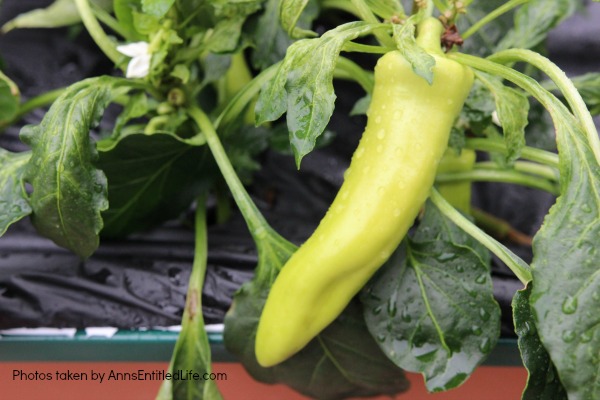 The banana peppers are in an earth box and doing ok. I grew them for Hubby’s Stuffed Banana Pepper Soup Recipe. I have enough for 4-5 batches, so I guess they were successful. 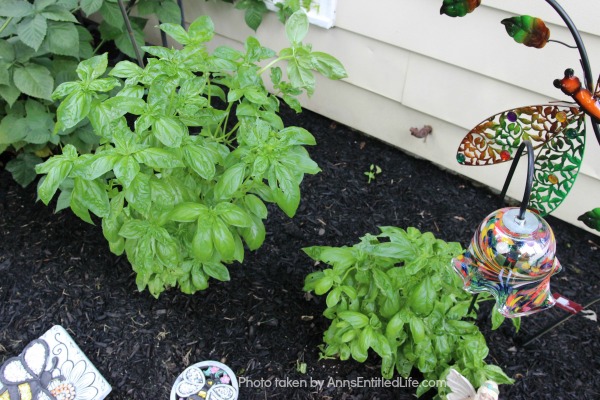 I planted my basil near my blackberry bushes this year. I was not sure how that would turn out since that soil is acidic (I had holly bushes there for years!). The basil is smaller than normal and took a while to get going, but it tastes great and yields enough for our purposes. 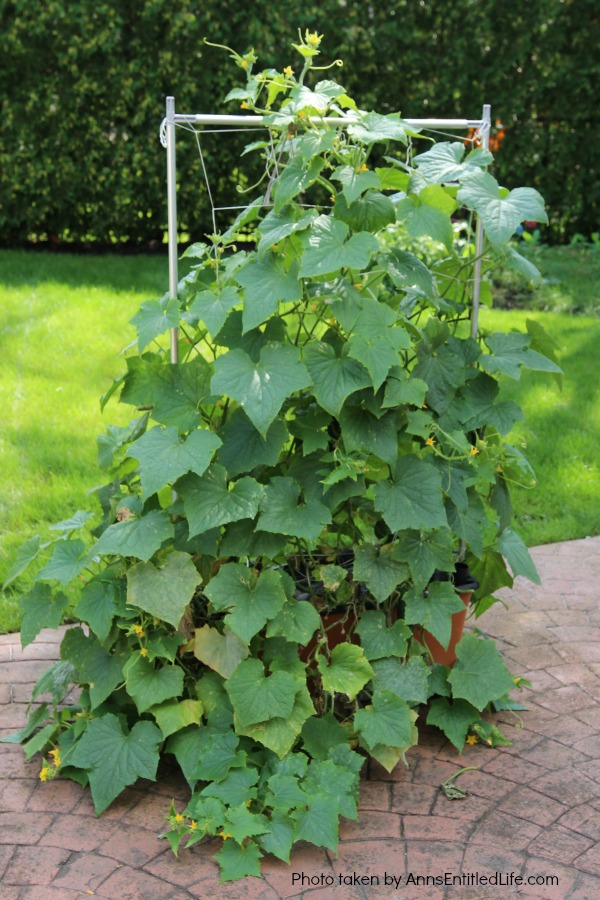 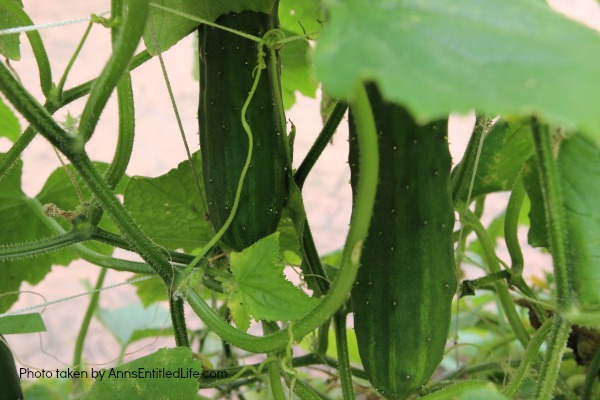 After last year’s cucumber invasion, I only planted three (or four, I do not recall exactly) cucumber plants this year. And I still got a load!! We have been eating cucumber caprese salad two to three times a week, but I am pretty sure it is time to either freeze those cukes, or start making cucumber salad by the gallon. Already people are turning down my “generous” offer of cucumbers, so doorbell ditching is my only other opetion. 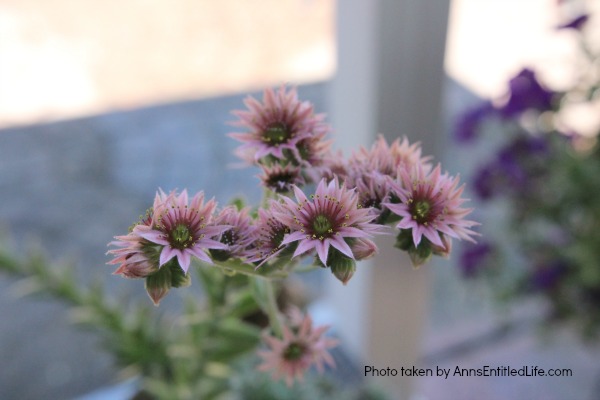 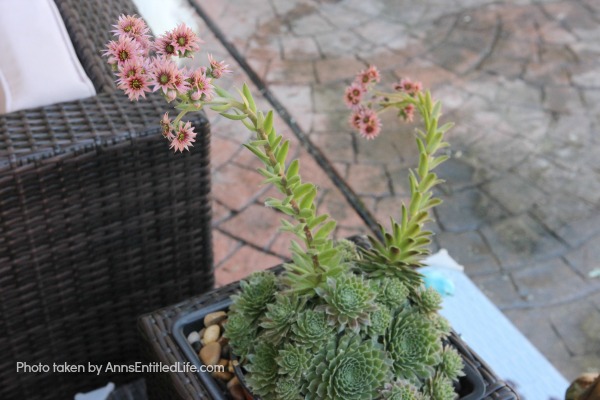 Under our patio, I have a container of hens and chicks. I plan on planting them in the ground soon, so they have a chance for next year. Two of them shot off these lovely flowers that lasted for over a month! 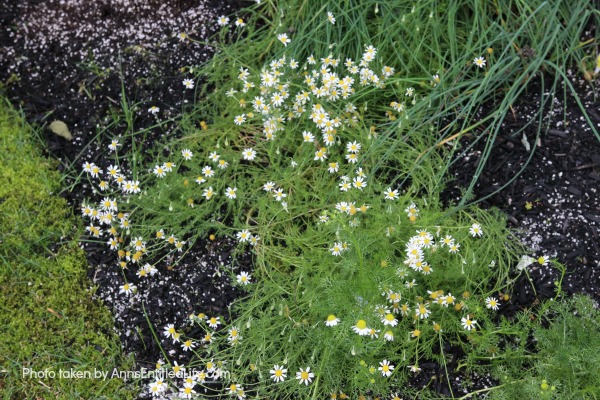 This is the backyard chamomile – I think it is three or four years old now. I had this bright idea to get a few more plants and try the chamomile up front (because it smells so good!). 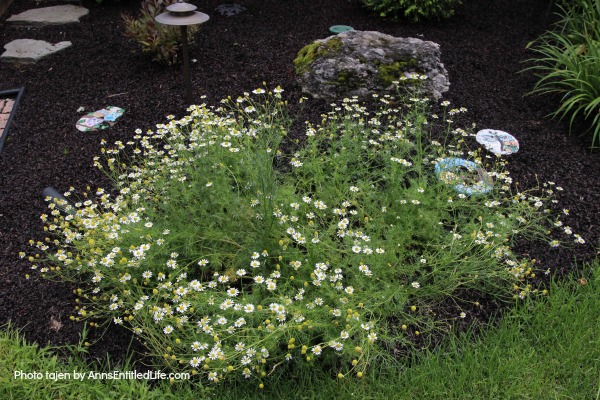 So, I planted five little (2″) plants. Two died right away. And the other three have had to be cut back several times!! I could provide tea for the entire neighborhood!! Those plants have really taken off.

So my losses? The blackberry bushes are not back to where they should be. I keep asking hubby to take them up to the hunting land – maybe they’d flourish there? Or the deer would have a sweet treat.

My patio tomatoes (different than my Roma) gave off about 30 tomatoes and then stopped producing.

The beans were a bust this year. The ground green peppers were also a bust.

Those are my wins and losses in my garden so far this year!

How is your garden growing this summer?!